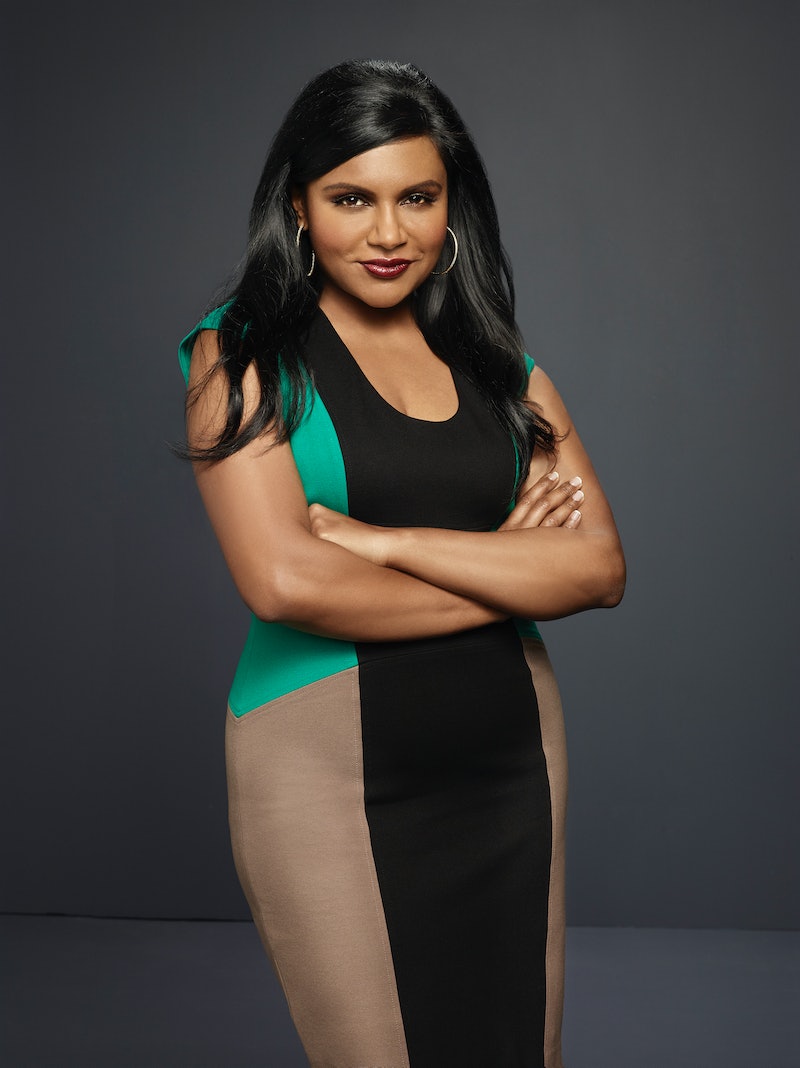 I’ve fallen in love with many hilarious sitcoms throughout the years: Friends, Will & Grace, How I Met Your Mother, Happy Endings, New Girl, the list goes on and on. And I'm sure I’ll probably fall in love with even more. But if I had to narrow it down to one specific character that I feel a particularly strong kinship to, I’d have to go with The Mindy Project ’s Mindy Lahiri. I mean, the girl just gets me. Between her love of romantic comedies, junk food, and all things Beyoncé I feel like we’re pretty much the same exact person. And I’m not the only one.

The Mindy Project may only be a few episodes into its third season, but the show and its characters have already burrowed their way into our hearts — and none more so than Mindy herself. Granted, this is probably due in large part to Mindy Kahling’s general real-life awesomeness, but still. There’s no denying this lady doc is extremely relatable on multiple levels. She’s basically the spirit animal you never knew you had, and to help prove my point, here are all the times Mindy (aka Beyoncé Pad Thai) perfectly described your life at one point or another.

When She Summarized Your Romantic Goals

When She Basically Put This Vendor on Cheese-Watch

Because there's no such thing as too much cheese.

When She Sympathized With Your Red Wine Problems

Not even Olivia Pope could get out these stains.

When She Vocalized Your Dating Frustrations

When She Captured the Essence of Your Morning Routine

It's time for us to be the leading lady!

When She Summed Up Your Motto in Life

When life gives you lemons, make even hotter lemons. Or something like that…

When She Explained the Art of Friendship

When She Described Your five-Year Plan

So… should we shake on it?

When She Shared Your Clubbing Priorities

When She Attempted to Live Out Your Rom-Com Fantasy

Before drunkenly pedaling into a swimming pool. Story of our lives, right?

When She Shared Your Food Cravings

And Your Tasteful Appreciation of Office Decor

When She Describes Almost Every Date You've Ever Been On

The threat is real.

When She Describes Your Inner-Dialog During a Breakup

We love you, Mindy. Never change!