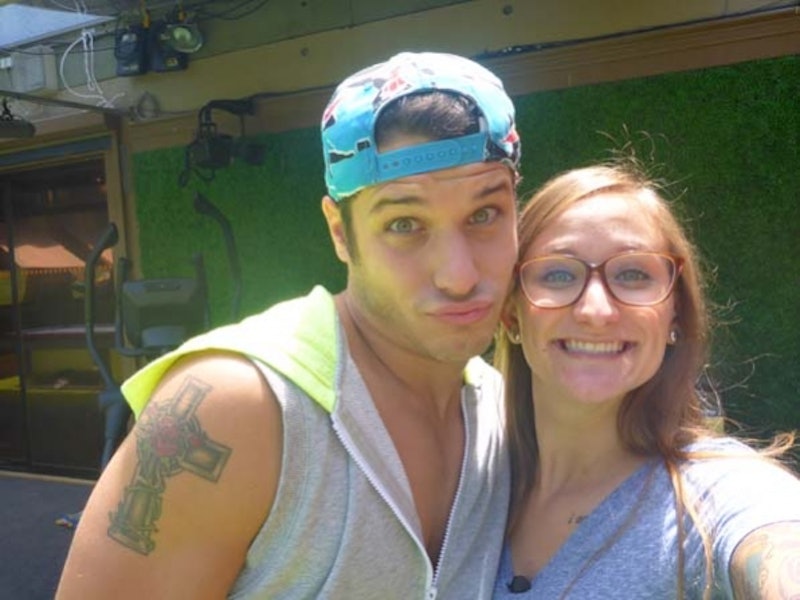 One of the most talked about talked about relationships of the Big Brother summer was Cody and Christine’s friendship that fans and viewers criticized for being, well, too friendly. Christine, who is married, and Cody, who is not, were both very affectionate towards each other this summer, but beyond that, it was nothing more than a friendship. So was their relationship just misunderstood by America, and some of the houseguests? "Without a doubt, so beyond misunderstood," Cody told me during an interview.

"Her and my relationship was absolutely being best friends," he explained. When you're in the Big Brother house, you spend (up to) 100 days with the same people, which means you're obviously going to get super close to some of your fellow houseguests. "I would have conversations with her... I'd talk about my family, she'd tell me about Tim, she'd tell me about her family, and she'd talk about her past," he says, which is a huge reason the two of them got so close.

But the talks that they had weren't really the things people took issue with, right? "Maybe the hand touching and the hand rubs... I can absolutely see being a guy, if my wife was in the house... I could understand it," referring to Christine's husband Tim criticizing their relationship. "But I completely understand why he may be a little bit mad at me. But if he confronted me about it, I would absolutely apologize. I'm not here to mess up any marriages... it's not my game play." And indeed it wasn't, as Cody's actual game play won him the runner-up spot and $50,000.

In addition to understanding any criticism Tim might have had of their affection, Cody reiterated that their relationship was strictly as best friends. So what happened when Cody and Tim met at the wrap party for Big Brother? "He started playing with my hair," Cody told me, explaining that from the way Christine portrayed Tim throughout the season with stories, he (Cody) didn't expect him (Tim) to handle it any other way.

So what about that brutal exit that Christine had, which many attributed to her relationship with Cody? Well before that, Zingbot made a comment about Cody and Christine's relationship, which Cody said weighed on him drastically. So after Christine was evicted and booed by the audience, Cody thought he was going to get "smoked" when he walked out there, even hoping he made it to the finale night just so people had to cheer for him — I'm sure the money didn't hurt either.

So now that Cody has had the chance to speak his mind on the subject, hopefully Christine and Cody can get back to their normal lives with their respected loved ones... Now that we all are positive who their loved ones are.