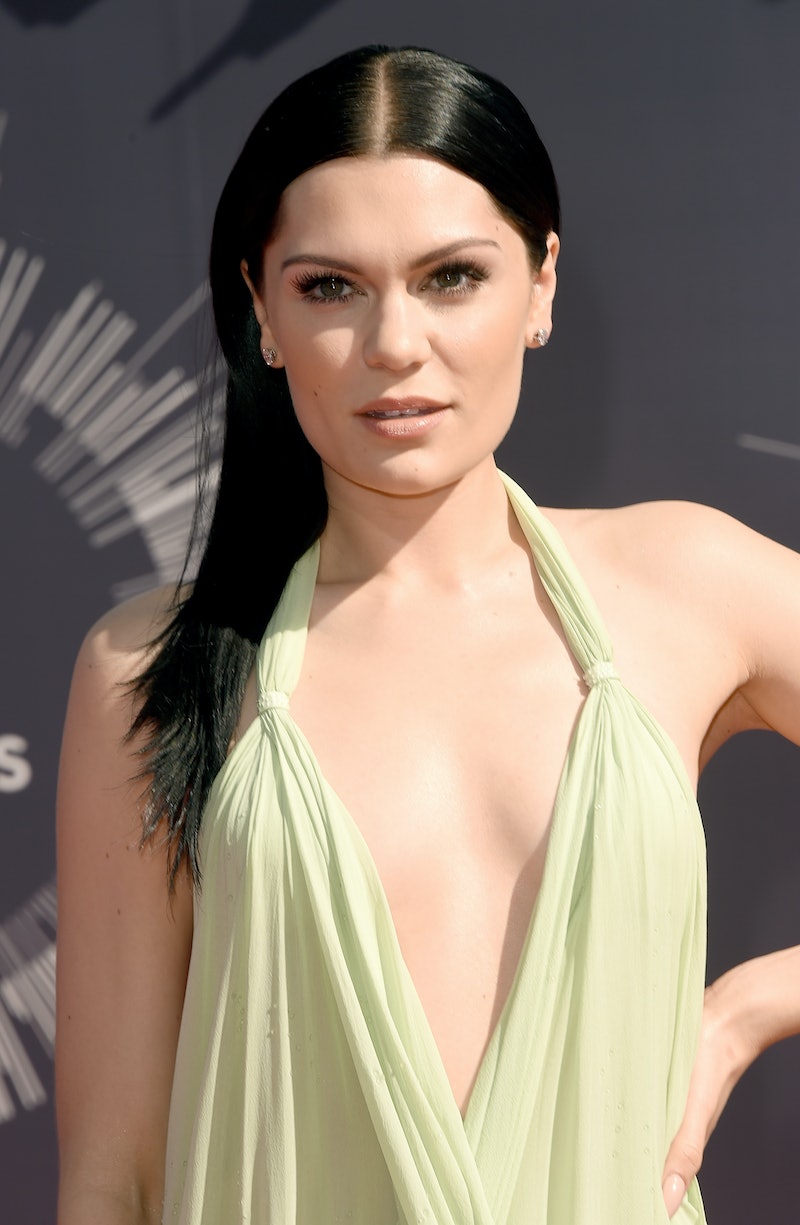 As more names of female celebrities get added to the list of intimate pics leaked online, Jessie J reacted to the the nude photo leak scandal. In an interview with Alan Carr on his radio program "Chatty Man," the "Bang Bang" singer's reaction was, in so many words: Hey, you gotta do something to keep your relationship spicy when your bae is half-way around the world.

Numerous ladies have been effected by the recent nude leak on 4Chan. Everyone from Kate Upton, to Kaley Cuoco, to Ariana Grande have released statements or directly sounded off on the madness of having their private pictures exposed to the world wide web. Although Jessie J hasn't been directly targeted by the hackers, she was asked by the British radio host for her opinion on the topic. Let me just take a moment to say that this question carries the eye-roll-worthy subtext of "Will you be next?" or "What do you think of those slutty sluts who have taken those pictures?" This was her answer:

You know what's funny, I got asked my opinion — I didn't even want to talk about this, but hey — someone was like, "What do you think about it?" and I was like, "Well... I've been in a lot of long-distance relationships, and as a woman, you need to throw down some stuff to make sure you hold down your man, right?"

But I do think it's awful. I think it's disgusting that people find pleasure in leaking stuff, but at the same time, if you're famous and you're sending naked photos, I do think you kind of have to know that they may be put out there.

OK, just to clarify, the language of "hold down your man" isn't exactly the right way to put it. Obviously, it's problematic to say that this is just a "womanly duty" inherent in keeping a long distance relationship afloat. It's as if she's saying "Ah, dudes... They'll jump into bed with the first carbon-based life form in sight if they don't have a picture of their S.O.'s boobs in front of them."

However troublesome that notion may be, she's still taking a stance here that disempowers the taboo of a woman having a nude pic out there. Exchanging pictures is how some people choose to maintain a sexual relationship from long distances. Thus, sharing a picture of herself with a significant other isn't any indication of harlotry, as popular conceptions may suggest. Without a doubt, any infringement on that private dynamic is pathetic. However, if the troll-ish motivation of the hackers who leaked the photos is — beyond a lame adolescent eagerness to see boobs — to impose an impression of deviance on the lady in the photo, a reaction like this basically kicks them in the shins.

Hey, you gotta take the good with the bad.