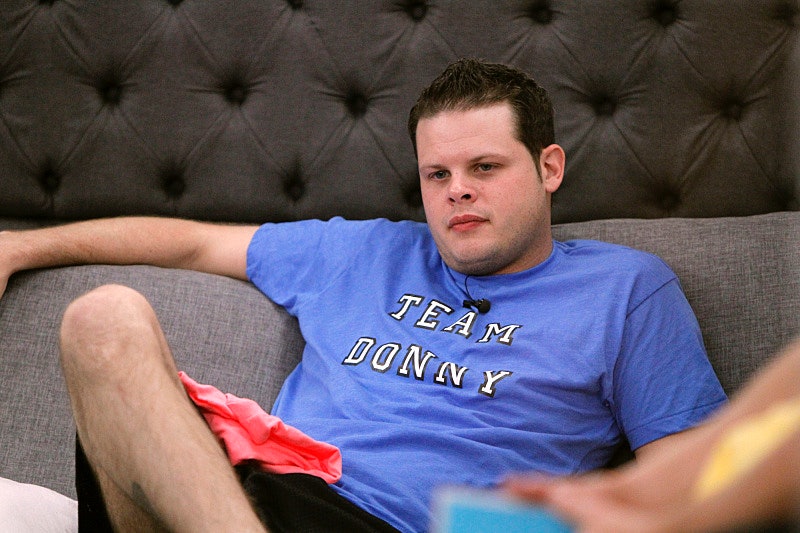 Over the course of the 16 seasons of Big Brother, there have been many houseguests that have become known for their impeccable strategies. Big Brother 16's winner, Derrick, is no exception, even having his game compared to legendary houseguest Dan Gheesling, who won Big Brother 10. "I studied his game. I knew I wanted to emulate some of his strategies, but I also wanted to bring my own mix to it," Derrick tells me about being compared to Dan.

But it was pretty cool to be compared to such a well-respected player, right? "Uhh, yeah! Are you kidding me?" Derrick jokes, completely thrilled that he played a game comparable to one of his favorite players. "I didn't want to do exactly what he did," Derrick says. It wouldn't have been easy to copy Dan's game anyway, because Dan's strategy worked on his fellow houseguests, but no two seasons are the same. So what worked for Dan might not have worked for Derrick. "I wanted to try to do it in a different way so if it worked, it would be remembered as Derrick's strategy," he says.

Derrick was even inspired by one of Dan's most well known game moves — Dan Gheesling's funeral from Season 14 — when he asked Victoria to put him on blast in front of the other houseguests, to assure himself safety with houseguests like Frankie who thought Victoria would vote for him. "I not only wanted to win the game, but I wanted people like the feedsters to respect the game I played and know that I was taking it very seriously," Derrick, a feedster himself, explains. He also confirms that he went into this game to play Big Brother, "This was not a day at summer camp," he says. "Not only did I want to win, but I wanted to do it in a fashion that people would respect the game I played."

And how can you not respect a player that was never nominated an entire season? He managed to secure his safety through 55 nominations, something he says started as just a safety precaution. But as the season came closer to an end, it became like a "pitcher who was pitching a no hitter," he had to keep it up, since it would be "a huge focal point in his final two speech."

Derrick tells me he would absolutely still love to be apart of Big Brother in some way — beyond watching the feeds at home — so let's get him on an all-stars season with Dan Gheesling so the pros can battle it out. Can you please make that happen, CBS?