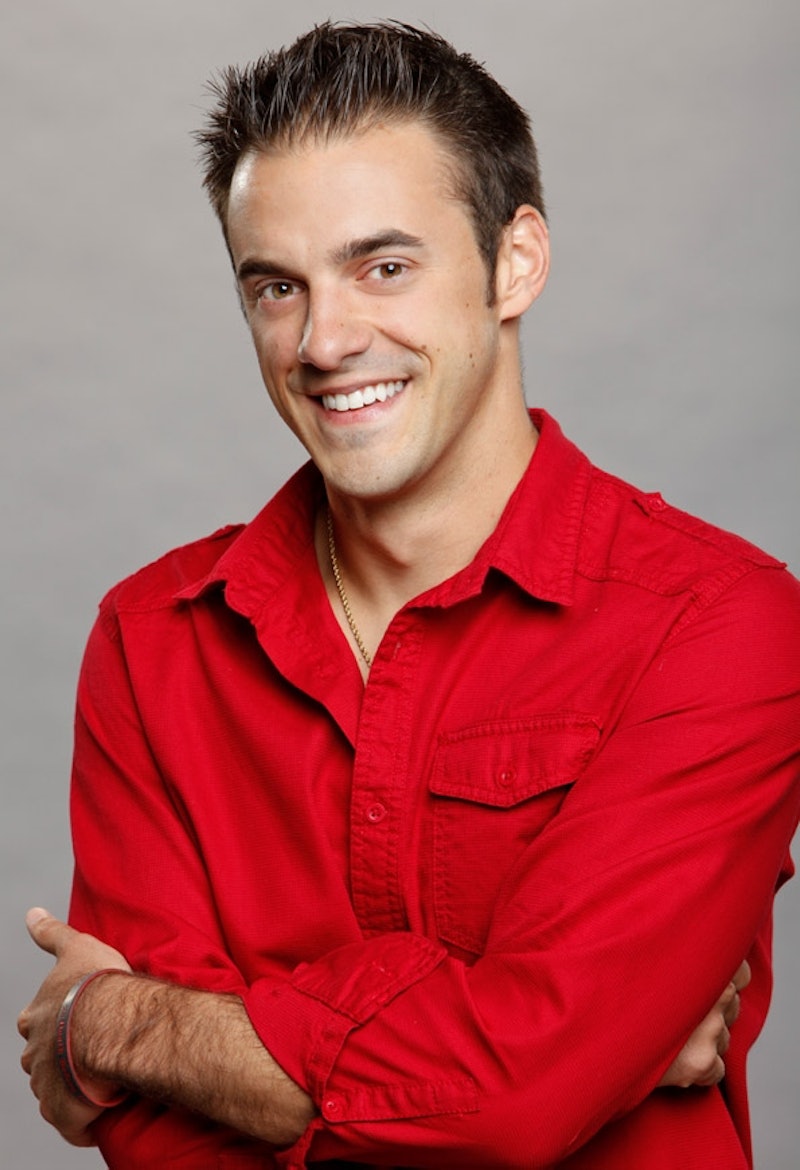 As an unapologetic superfan of Big Brother , when Dan Gheesling — one of the most known players to ever play the game — says he is rooting for you to win, you know you've "made it" in the Big Brother universe. And on Wednesday's live episode, that is exactly what happened for Derrick, even if he doesn't know it yet. Yes, Dan wants to see Derrick win the $500,000, but is anyone surprised?

Dan has played the game twice. On his first season, he won — flawlessly. On his second season, where he first entered the game as a coach, but later reset the game to play like every other houseguest, he came in second. But even though he didn't win, he did bring us his "funeral," which Derrick has referenced multiple times this week due to his plan with Victoria. Much like Dan, Derrick knows that this game is all about your social strategy and what you can get other players to do for you, without getting too much blood on your hands. But just because it worked for Dan, doesn't necessarily mean it is going to work for Derrick and here's why.

Dan started out talking about how the game has been The Bomb Squad "steamrolling" through the entire game. Dan, like most of the viewers, is surprised that the guys have yet to turn on each other. But sincethe final five contains an alliance of four, the backstabbing will have to happen soon. But who is the biggest threat? So far, Derrick has played off his (really strong) game to be that of an awful one. He loves to lean heavy into the self-deprecating comments to come off as a less threatening player. But as Dan said to Julie, "Frankie is the only one who understands how dangerous Derrick is," which doesn't bode too well for Derrick if Frankie is given the opportunity to send him home.

Dan continued to say that "Derrick is playing the game 24 hours a day, seven days a week," which actually could cause a problem for Derrick at the end of the game, if he makes it to that point. As Dan told Julie, the final two houseguests have only two to three minutes to tell the jury about the "inner-workings" of his or her game, which isn't that easy to do. But Dan has confidence in him and thinks he can pull it off, he's even "at home rooting for him, week in and week out."

Love to see those Big Brother superstars stick together!

More like this
Jake Daniels Just Became The UK’s First Active Football Player To Come Out As Gay Since 1990
By Sam Ramsden
What Is Jeanie Buss' Net Worth? The Lakers President Is Uber Rich
By Hugh McIntyre
Becca Tilley Confirmed Her & Hayley Kiyoko’s 4-Year Romance With A Heartfelt Note
By Brad Witter
Christine Quinn Says She & This Co-Star Got Paid The Most For 'Selling Sunset'
By Grace Wehniainen
Get Even More From Bustle — Sign Up For The Newsletter