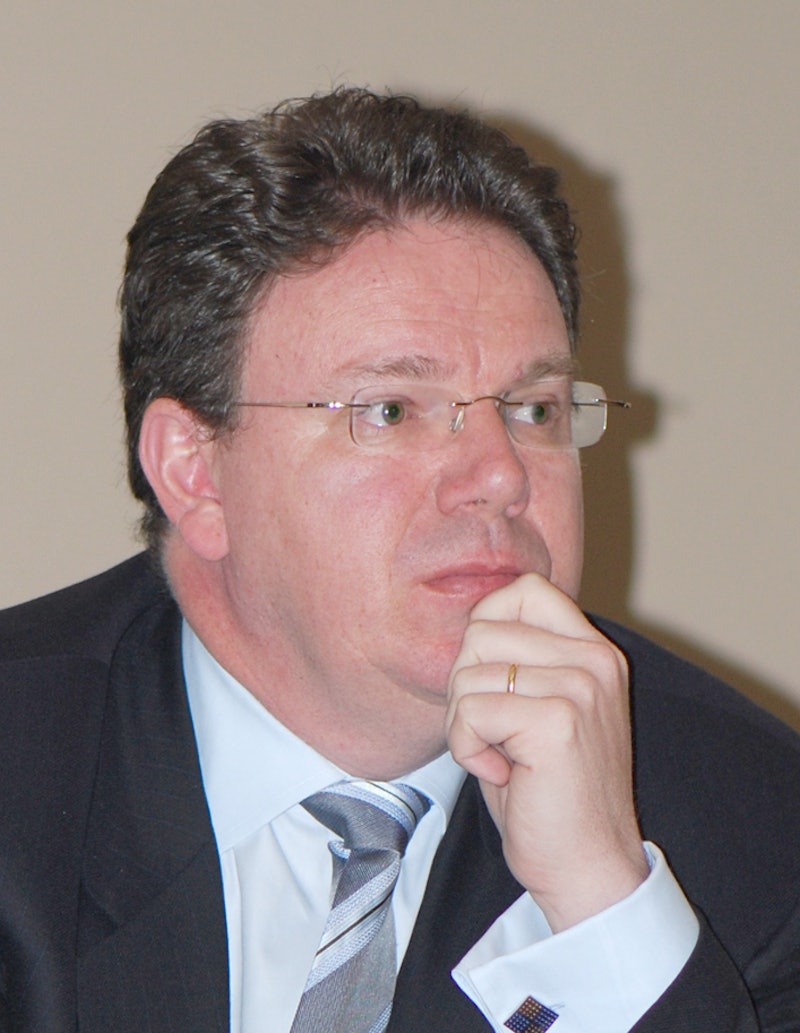 So here's a great slogan: Women — just like men only cheaper! That's exactly how I would describe myself. And it literally is how Evan Thornley, the founder of Australian tech company LookSmart, described women in a speech which was sort of about the gender pay gap but in which he also boasted about paying women less than men. And while I'm leaving out a bit of the context there, I'm not exaggerating — he really did boast about it.

Thornley's speech at a tech start-up conference in Australia seems to have had good intentions — he later apologized for the way his remarks came off, and he also used the speech to draw attention to gender disparities in tech and to point out that LookSmart has had women in senior management positions for 15 years. But then things went a little off the rails when he talked about why he likes to hire so many women. The reason in a nutshell? Because they cost less.

“Call me opportunistic," Thornley said. "I just thought I could get better people with less competition because we were willing to understand the skills and capabilities that many of these women had." Which sounds great — offering jobs to people other companies have overlooked — until he also admitted to still paying them less money than their male counterparts. More money than they might get elsewhere he hasitly assures, but still less money than they deserve.

“There’s a great arbitrage there," he explains. "We would give them more responsibility and a greater share of the rewards than they were likely to get anywhere else and that was still often relatively cheap to someone less good of a different gender.”

Thornley for his part realized later that what he said was problematic and admitted he "stuffed up" (aren't Australians cute). He also tried to tell people that he never underpaid women, despite boasting about it in his speech, and to reiterate that he does not support the continuation of the gender wage gap...even though he proudly benefits from it.

On the one hand, I suppose I can see where Thornley is coming from; he's just following "the market" after all. But at the same time, the fact that he recognizes that the market in this regard is affected by sexist thinking and deeply problematic historical inequalities then only makes it worse that he still perpetuates the gender wage gap — and then pats himself on the back for perpetuating a smaller one than everybody else. We might be able to call such a thing progress, but we could never call it fair.

Especially when his presentation included a slide like this:

The saddest thing is that Thornley, as a founder for the first Australian tech firm to ever be listed on the NASDAQ, has a lot of influence in the Australian tech world, and if he had taken am actual strong stand against the marginalization of women in tech that would have been amazing. Instead he just undermined his own points about the gender wage gap by admitting he knowingly profits from it.

Hopefully, Thornley's speech will at least convince other people to start hiring more women, which will in turn theoretically start raising salaries and shrinking the wage gap, too. But as long as people continue to have this idea that women are and should be a "discount" women's wages will never get to be equal to their male counterparts. So really, it's high time companies stop paying women what they can get away with because of the sexism that influences the market and start paying women what they're actually worth. That's the only way we'll ever get to a place where female employees are "Just like men. Period."

More like this
5 Crystals To Manifest More Money
By Megan McCarty
25 Quotes About Love To Share During Pride Month 2022
By Madeleine Aggeler and Emma Garza
Your Moon Sign, Explained
By Nina Kahn
Your Home Could Seem So Much More Expensive If You Tried Any Of These Cheap Tricks
By Dena Ogden and Sara Brown-Rigoli
Get Even More From Bustle — Sign Up For The Newsletter