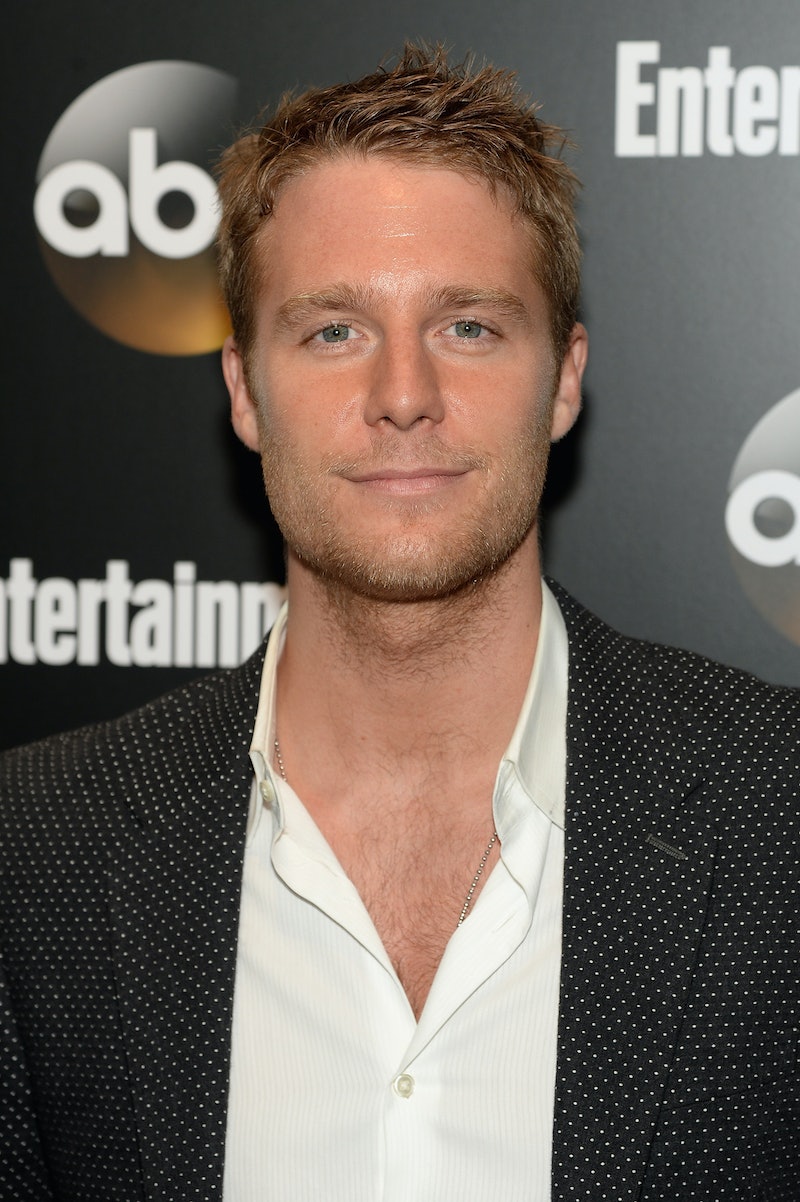 If my experience is any indication, ABC's new series Manhattan Love Story might just become your new favorite guilty pleasure. Analeigh Tipton and Jake McDorman (the titular couple in Manhattan Love Story ) begin a relationship and while they are experiencing dating just like every other sitcom character ever, you get to hear what’s happening in their minds as well as what's happening out loud. It sounds confusing, but we get to hear what men and women are really thinking when they are dating. This style of comedy is new for ABC and competing against all the other pilot rom coms this fall like A to Z and Marry Me. Hopefully they get this right though, because my inner-most thoughts can get pretty weird at times and the stereotypical boy-meets-girl-on-TV relationship can turn into a major snooze fest.

But if all else fails, Jake McDorman can at least serve as your new TV crush. He has been all over TV for years and if you don’t know who he is, you’re about to. In Manhattan Love Story, he will play a typical NY business guy in his 20s. He will stare at a woman's boobs on a first date, he will buy her flowers to apologize for being a dick, and do all sort of other typical rom com things.

But in real life, McDorman has been on TV since 2003 and between his television stints on shows like Quintuplets and Chelsea Handler's Are You There, Chelsea, he's played some pretty amazing roles. OK, maybe not amazing, but he was in all the teen movies and series that we all adamantly deny watching. So what was McDorman doing before landing his role as Peter in Manhattan Love Story?

Maybe you don’t recognize Jake McDorman, which is fine because I fell in love with him back when I was a small child entering college way before you did. The year I entered college (that’s 2007 by the way), ABC Family aired Greek . As an impressionable young college student, Casey Cartwright, Evan Chambers, and Cappie became my favorite characters as the show ended right when I was graduating. I know that others who graduated college in 2011 feel me on this. Maybe if Manhattan Love Story flops we can bring Greek back and just pretend Jake McDorman isn’t a 28-year-old frat boy.

Right around the time college ended and still to this day, Lifetime Original Movies have become a staple in my life. Sometimes it feels so much better to lay in bed and watch crazy ladies trying to find their stolen child while their husbands mistress is trying to murder her, than to go out in public. Jake McDorman took on the role of The Craigslist Killer and it was perfection. I mean, not not perfection, because that was a true story and it was horrible, but he did a good job being a creepy as hell killer. OK?

After all that he went on to date Fiona in Shameless . He played a business type, but for the most part wasn’t a douche, which is good because he’s famously known for being really good at playing a dick. He was responsible and honest, but of course not right for Fiona. At least we know Jake can play a decent human.

BRING IT ON: ALL OR NOTHING

Remember when they tried to make multiple Bring It On movies and you were like, "I don’t want to watch this, but I kind of have to?" Well, maybe that’s where you know Jake from. Hayden Panettiere was super popular and dating Brad Warner (Jake) and then goes to the underprivileged school. She then finds out that that Brad was definitely cheating on her with her nemesis Winnie. Guys, this is what good entertainment is made of.

I can’t be the only person who loves terrible movies. ABC Family Christmas movies are my life, but the mermaid movie with JoJo was pretty epic too. So let me remind you, Aquamarine was the one where JoJo and Emma Roberts find a mermaid who wants to find true love. True love is obviously Raymond (Jake’s character). Best movie ever.