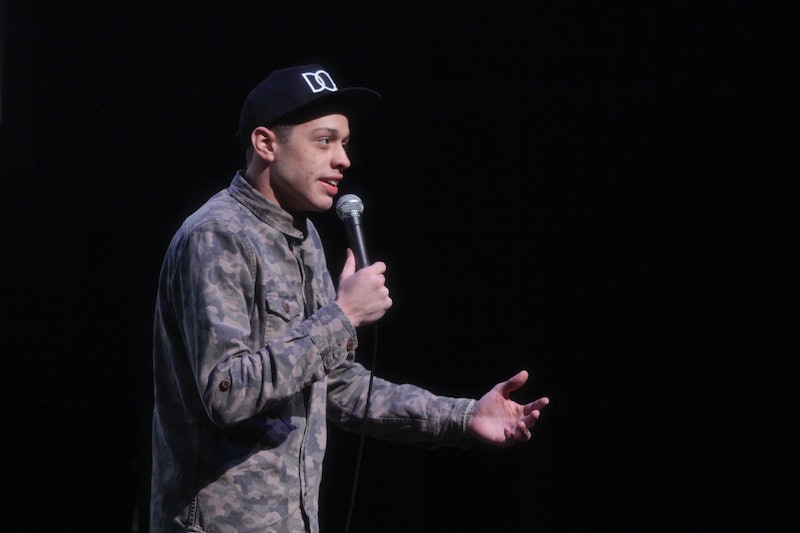 This Saturday kicked off the 40th Season of Saturday Night Live, which means one thing, new cast members and new characters for the new cast members. One new cast member, SNL wunderkind (and new cast member) Pete Davidson, had his first role on Weekend Update on Saturday’s premiere as the resident young kid who was speaking on a recent photo that a teenager took with a statue of Jesus in a sexual position. Kids these days. So how did Davidson do on his first SNL outing?

Davidson, who is a 20-year-old stand-up comedian, shined in his first bit on the show. He was basically given the stage to do what he does best, stand-up, on the topic of a popular game among guys — is this really a popular game? — the “how much money would you go down on a guy for” game. The short answer: $3,000. The long answer: Davidson totally proved himself in this bit.

He only slightly broke character for a second when he started laughing with the audience — but isn’t that what we all love about the show anyway? — when detailing how he would spend his $3,000 (Six Flags, among one of the ways). The audience at SNL really loved his sketch, even I laughed out loud a few times, but we all know what really matters is how Twitter is reacting. And the news is good:

Pete Davidson started trending on Twitter moments after his sketch was done. If these responses are any indication of his future on the show, I think he can rest assured that the resident young kid is here to stay.