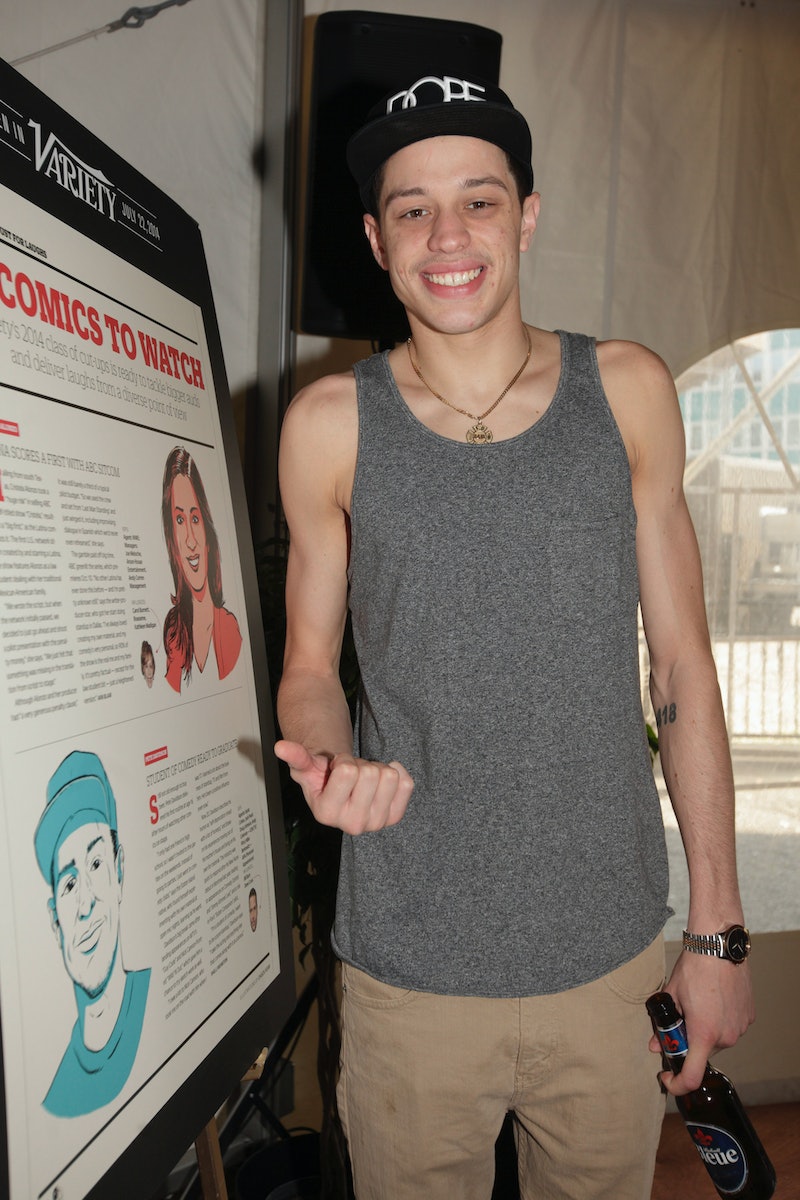 Saturday Night Live will add two cast members to its ranks on the show's upcoming 40th season. One of the new kids, Michael Che, will be joining Colin Jost behind the Weekend Update desk as Cecily Strong resumes her role as a full-time performer. And the other new SNL cast member is Pete Davidson, a 20-year-old New York-based standup comedian with four years on the comedy scene under his belt. I repeat, this person achieving one of the most sought after gigs in his field was born in 1994. Time for you to start feeling old.

Lest we forget, the show added six featured players to its leagues last season. Three of those comedians, including Noel Wells, Brooks Wheelan, John Milhiser weren’t asked to return. According to Deadline, the show's creator Lorne Michaels sought out Davidson for the eminent "Live From New York" ranks. Especially after releasing so many featured players last season, what special spark did Michaels see in Davidson?

Despite the fact that Davidson is hardly out of his teenage years, this young upstart has had a huge amount of success. While making his rounds at various New York open mics throughout high school, he was discovered by Nick Cannon. Since then, Davidson has appeared on Wild n Out, Guy Code, Brooklyn Nine Nine, and Comedy Central Presents. What else is there to know about this child wonder of comedy?

He turned to comedy in High School because people suck

In an online interview with Awkwafina, Davidson discusses how comedy helped him deal with his adolescent years. At 16, he performed his very first stand up set. "I started performing because I didn't have friends in high school... I didn't go to parties so I just started going to like open mics and shows." Obviously, Davidson's precociousness paid off.

He's From The Forgotten Borough

Growing up on Staten Island, Davidson was just a ferry ride away from Manhattan. In an interview with Splitsider, Davidson recounted some of his early mics in the proverbially forgotten borough. "Staten Island clubs stink. They’re like the white Apollo. They just don’t want to fucking laugh at you. For some reason they just don’t like you. They’re like 50 and talk about show tunes." Hmmm, do they talk about show tunes or the fact that Big Ang lives right down the street?

He's The Child of a 9/11 First Responder

According to the Deadline article, Davidson's dad was a New York City firefighter and was lost in the line of Duty on Sept. 11. At the time, the comedian was only nine years old.

He's been on Kimmel

In addition to Jimmy Kimmel Live, he's hit the mic at Comedy Central Presents, and the Montreal Comedy Festival, standing out as one of the real up-and-comers to watch.

Davidson will make his SNL debut on the 40th season premiere on Sept. 27, hosted by Chris Pratt.