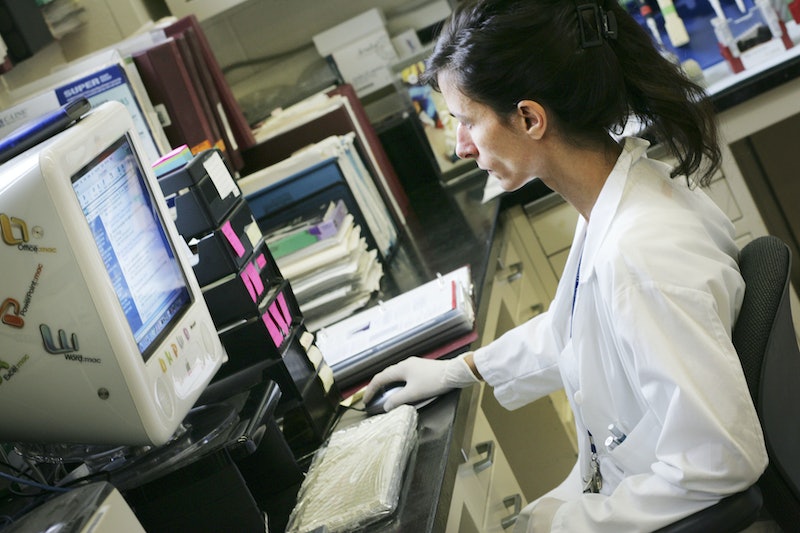 Is Wikipedia sexist? A staggering 87 percent of its contributors are men. This number resembles the gender gap we expect in traditional print media, but it presents more of a mystery; we can’t blame sexist editors or a misogynistic corporate board when anyone with an Internet connection can make an anonymous contribution.

In spite of Wikipedia's taking initiatives like creating special communities for women contributors both online and offline, the proportion of women contributors has remained stagnant. Enter “Storming Wikipedia”, a project of the feminist organization FemTechNet, which aims to “collaboratively write feminist thinking into the site”, one of the project’s coordinators explained to Mother Jones . Students taking part in FemTechNet’s inaugural online course, “Dialogues in Feminism and Technology”, will edit Wikipedia as part of their homework, with the goal of writing in women who’ve been left out of pages about science and technology. The course will be offered at 15 colleges across North America, including Yale and Brown, next semester.

The gender disparity in Wikipedia’s writers has garnered significant attention as Wikipedia has become one of the most trusted references on the Web, with writers everywhere from the New York Times to Vice weighing in on the lack of female voices. Some of the most common explanations for the gender gap are that women can’t figure out Wikipedia’s user interface, that women have less free time than men, and that women don’t feel confident enough to edit others’ work. (For me, the question isn’t why so few women contribute — it’s why anyone, man or woman, contributes at all. Maybe I’m just not altruistic, but with no pay, no byline, no guarantee that my entry will even last — well, I’ve never been tempted to edit a page.)

The causes of the gender imbalance may be unclear, but the consequences are inevitable: the kinds of people and issues women care about end up getting less space. As the New York Times pointed out in 2011:

A topic generally restricted to teenage girls, like friendship bracelets, can seem short at four paragraphs when compared with lengthy articles on something boys might favor, like, toy soldiers or baseball cards, whose voluminous entry includes a detailed chronological history of the subject.

Even the most famous fashion designers — Manolo Blahnik or Jimmy Choo — get but a handful of paragraphs. And consider the disparity between two popular series on HBO: The entry on “Sex and the City” includes only a brief summary of every episode, sometimes two or three sentences; the one on “The Sopranos” includes lengthy, detailed articles on each episode.

In April, Wikipedia came under fire again when people noticed that the site was relegating female authors to the “American Women Novelists” category — a subcategory of the “American Novelists” page. And, though it'd be nice, it likely won't be the last time the site garners attention for some gender-related controversy.

Although FemTechNet’s goal is certainly commendable, and the problem they seek to address is real, it still seems kind of unethical for professors to ask students to edit Wikipedia to align with their own agenda. (Even if I agree with their agenda.)