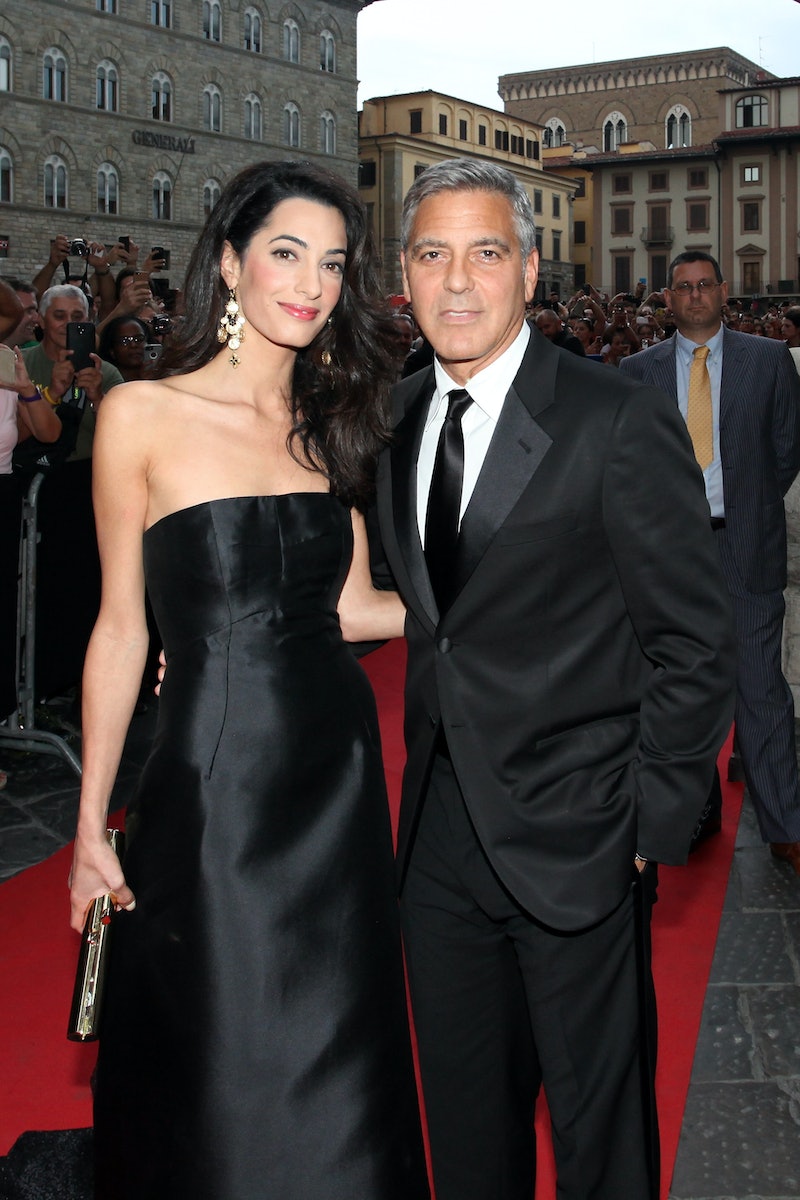 Despite the fact that George Clooney and Amal Alamuddin have been married for an entire day now, I'm still somewhat surprised that the actor actually broke his vow to never marry again. During the four days of pre-wedding festivities, guests enjoyed being escorted around Venice on boats, having exquisite dinners and chugging tequila Clooney had flown in, which totally gave me a case of celeb wedding envy. But after hearing that Clooney and Alamuddin presented guests with photos of themselves as a personal wedding gift, that feeling sort of subsided.

Like, don't get me wrong—who wouldn't want to own a framed photo of themselves that proves they attended one of the most-talked about celebrity weddings? Still, it seems like sort of a simple gift coming from Clooney and Alamuddin, but let me try my best to make sense of this. They did party pretty hard leading up to the ceremony and treated their guests well. The couple rented out two luxury hotels, plus they fed and entertained everyone. So all of that stuff was great, which is probably why they thought "Eff this, I'm tired and at this point, they'll love whatever we give them." Maybe the picture frame is made of something special or the couple personally designed it. This is Clooney we're discussing so perhaps the frame is worth more than a trip to Italy. Also the couple did have a pretty strict rules in place to keep wedding photos private, so perhaps the gift was their indirect way of saying, "Here's this picture of you to hold you over until we release the wedding pics in case you are foolishly tempted to leak any photos to the press. Thanks."

The gift does seem kind of simple, but it was really sweet. Ultimately, the letter Clooney and Alamuddin wrote to guests shows that their hearts are in the right place. "We're both so glad you're here. You've come a long way so we'll make it worth the trip."