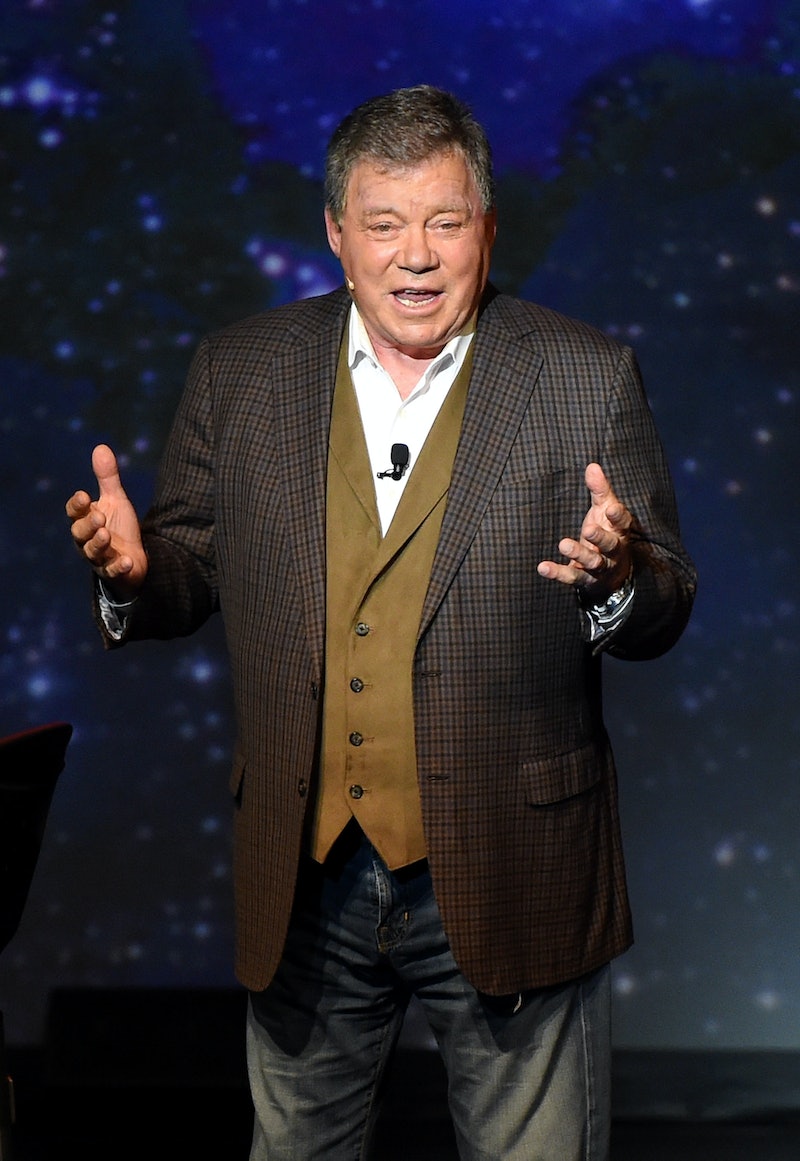 Think back. Think way, way back before William Shatner was trying to sell us really cheap vacations and convince us that he shares genealogy with Kaley Cuoco in big budget commercials. Or at least humor me and pretend like you can remember back that far. You know, when Shatner wore a mustard colored space suit and owned Star Trek as Captain Kirk? Okay, I'm too young to remember that, too. But it's called reruns, people! Get educated! There are rabid fans who dedicate their lives to this fictional world! Anyhow, know that you're in the know, or at least have joined the ranks of people who were already there, it appears the Shatner might be making a triumphant Star Trek return.

E! Online reports that William Shatner revealed that, "J.J. Abrams contacted him about the 2016 film, part of a rebooted big screen series that stars 34-year-old Chris Pine as his character, following recent rumors." But just because Shatner was asked, doesn't necessarily mean he's going to comply. E!Online writes that Shatner agreed, on certain conditions, saying to Abrams, "Oh, yeah. If it is meaningful, because when Leonard was Spock...in that first movie, I said to Leonard, 'You know your role, when you go back in time and you're still old. It depends on what you do with the character, I'd be delighted." He also explained that the conversation was supposed to be top secret, but was obviously spoiled.