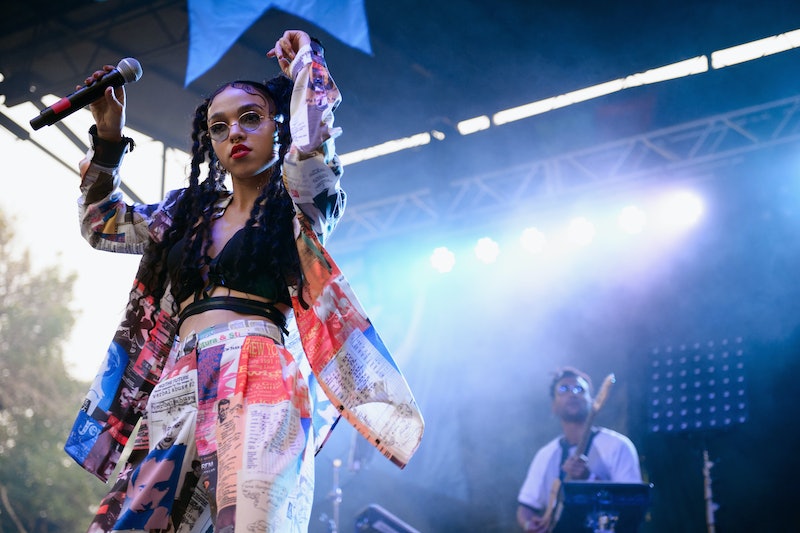 To be perfectly honest, I saw this coming. I was just hoping no one would take it there. When pictures of Robert Pattinson and FKA twigs finally hit the Internet, fans of Pattinson (or of Pattinson and Stewart) weren't pleased to have visual confirmation of his new rumored paramour. In fact, people seemed to have to struggle to find something positive to say about the fact that Pattinson was happy with a new girl now. At the time, however, no one had taken it to the level of racial slurs and for that I was profoundly thankful. However, it's finally happened. On Sunday, FKA twigs spoke out about the racial abuse that she has been receiving in the past week alone and it's truly disgusting that this is even an issue.

The Internet is both the most fun place in the world and a simmering cesspool of creepy hackers and even creepier people who will say any kind of depraved thing under the security blanket of anonymity. Sadly, racism is a frequent issue that comes up online. Remember, for example, the racism scandal that broke out over Rue being played by a black girl in the Hunger Games despite the fact that she was described as dark-skinned in the books? Thankfully, FKA twigs was completely unwilling to take these remarks lying down and she used her Twitter to address the people who had been trolling her.

I don't think I even need to tell you that she is preaching the truth. The fact that her race would even come up as an issue — whether specifically in relation to her relationship with Pattinson no matter what the nature of that relationship or in general — in our modern society just goes to prove what a long way America still has to go toward tolerance and sensitivity. FKA twigs and Pattinson haven't even confirmed yet that they are in a relationship, which means it's quite likely that trolls are throwing slurs at her over nothing more than a simple friendship. And even if they are in a relationship, that in no way justifies the slurs and abuse.

Unfortunately, this is a common issue that interracial couples face. When two people of two different races find love with each other, they often become the subject of intense public scrutiny and racism, especially from people who consider them "traitors to their race" for dating outside of it. It's a sad but true reality and the fact that FKA twigs could receive such abuse for a relationship she hasn't even confirmed herself to be in should be all the evidence we need that it's time to focus on resolving and reducing this issue, if not eradicating it entirely. Whatever FKA twigs and Pattinson have, it's been making them both happy and we owe it to them to let them be happy. Our opinion on their relationship is unnecessary and clearly unwanted.