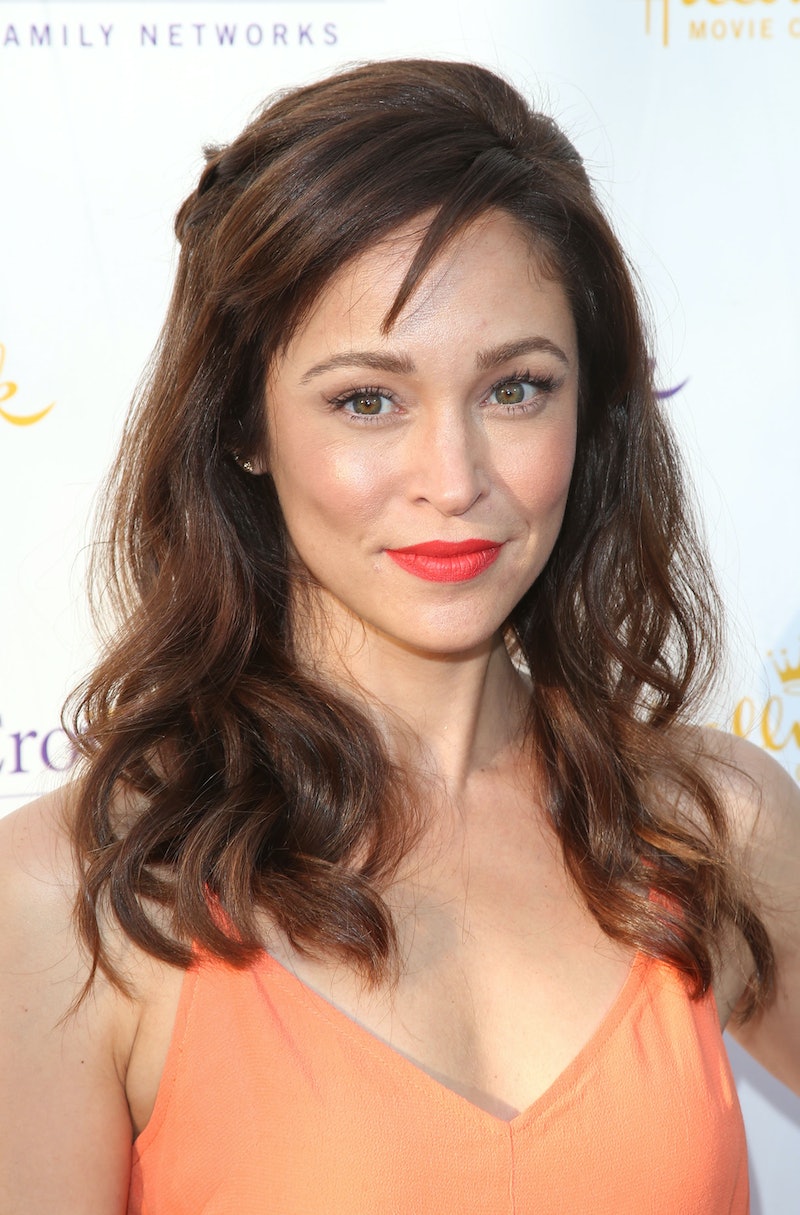 It's not Seth Cohen, but I'll take it. The CW's Hart of Dixie is absolutely the home for all of The O.C.'s diehard fans that weren't ready to let go. None of us O.C. fans are denying that Rachel Bilson's Summer Roberts was our favorite resident of Newport Beach, right? Well, here's some great news, people — Autumn Reeser will guest-star in the Hart of Dixie Season 4 finale and it's the O.C. reunion on Dixie that we've all been waiting for. This news is almost as good as finding out when Hart of Dixie Season 4 will premiere. So now that I'm done embarrassingly squealing with excitement, it's time to wonder who Reeser will play.

On Sept. 26, the actress posted an adorable photo of herself and Bilson on her WhoSay account where she revealed the exciting news that she'd be joining her former-costar on the Hart of Dixie Season 4 finale. Reeser captioned the perfect reunion photo, "Love this girl, such a pleasure to work w/ her again!! A mini #OC reunion on the finale ep of @CWHartofDixie..." If the caption and photo combo don't give you all of the O.C.-nostalgia feels, I don't know what will.

Obviously I want Reeser's Dixie character and Zoe to be friends, but could Reeser be Zoe 2.0? Earlier this month, TV Line revealed that the series was casting Zoe 2.0. named Olivia Green. Green was to be a twenty-something NYC lawyer that's struggling to figure out life in Bluebell and while Reeser is a little old for the role — the actress is 34 IRL — it's definitely possible that Dixie cast the O.C. alum and changed the specs for the character a bit. Because how could they pass up a mini-O.C. reunion because of something as silly as an age discrepancy.

If that's the case, fans of both The O.C. and Dixie have to wonder whether or not the CW series will play far into the O.C.-reunion aspect of Reeser's casting by, once again, making her a competitive romantic interest for Bilson. In case you forgot, which I know you haven't, before Reeser's Taylor Townsend ended up falling for Ryan, she made a play for Seth while he was dating Summer. (I KNOW you have forgotten Taylor locking Summer out of the Harbor lock-in so she could get some alone time with Seth.)

So, whether Reeser is playing Olivia Green or not, it's possible that she could be barreling into Bluebell to steal Zoe's Season 4 love interest (Wade, George, a new guy) away in the finale. But it's also equally possible that Reeser could be playing a role that won't challenge Zoe at all.

O.C. fans will remember that Summer and Taylor actually ended up being friends by the time the series bowed out at the end of its fourth season. So, what if Reeser is going to play one of Zoe's friends from NYC — maybe one that she made during the summer she left Bluebell because Wade cheated on her? Or just a childhood BFF that's making the trek down to Bluebell to hold Zoe's hand through her pregnancy. I'm choosing to believe this option because Summer and Taylor have to stay friends whether they're in Newport or Bluebell. Even though it would be pretty funny to hear Reeser's character pull this line out about why she and Wade/George/Any Bluebell Man wouldn't work:

Cheese is a deal-breaker for me too, girl.