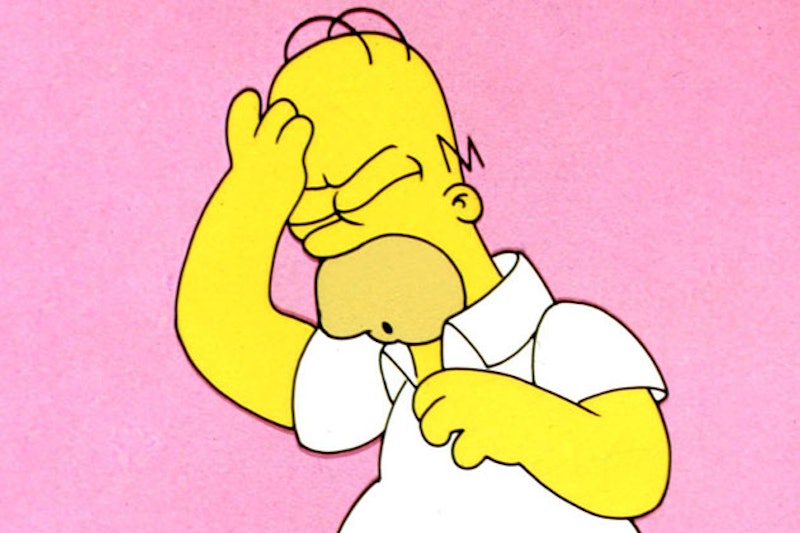 For months, Simpsons fans knew a character was going to die during the season premiere. But when it was revealed who that character was, fans were underwhelmed. Spoiler alert, the character who died was Krusty's father, Rabbi Hyman Krustofski. But apparently his death wasn't significant enough for those who waited so long to see who would be killed off. To be fair, the news had been overhyped a bit. Articles claimed the character who died would be an iconic series regular who won an Emmy for the role. No doubt someone who won an Emmy would have voiced a major character, right?

Well, Simpsons' producer Al Jean wants to clarify that he said the death would befall a "beloved" character, not an iconic one. And Jackie Mason, who voiced the Rabbi, did win an Emmy for it in 1992. "He is beloved. Jackie Mason is wonderful," Jean told Entertainment Weekly. "Secondly, we’re not the kind of show that does these really horrific things to its characters."

But it seems fans had wanted a death more along the lines of Family Guy's killing of Brian, although I can't imagine why they would. Family Guy fans were horrified that Brian, the family dog, died during an episode last year. Many threatened to never watch the show again if he wasn't brought back.

Still, it looks like that's the kind of heartbreak Simpsons fans expected when the tuned in Sunday night. And when they didn't get it, they were disappointed.

I have a feeling though, if things had gone their way and a major character like Homer was killed, (which, again, was teased for awhile) fans wouldn't have liked that any more. The Simpsons without one of their lead characters just doesn't feel right. This is a classic example of how sometimes you just can't please the viewers. The Rabbi's death was not enough, but anyone more important and it would have probably hit too close to home.

It's a lose-lose situation, but fortunately The Simpsons season is just beginning and it has a lot more time to please fans and make them forget they were ever disappointed by the premiere.