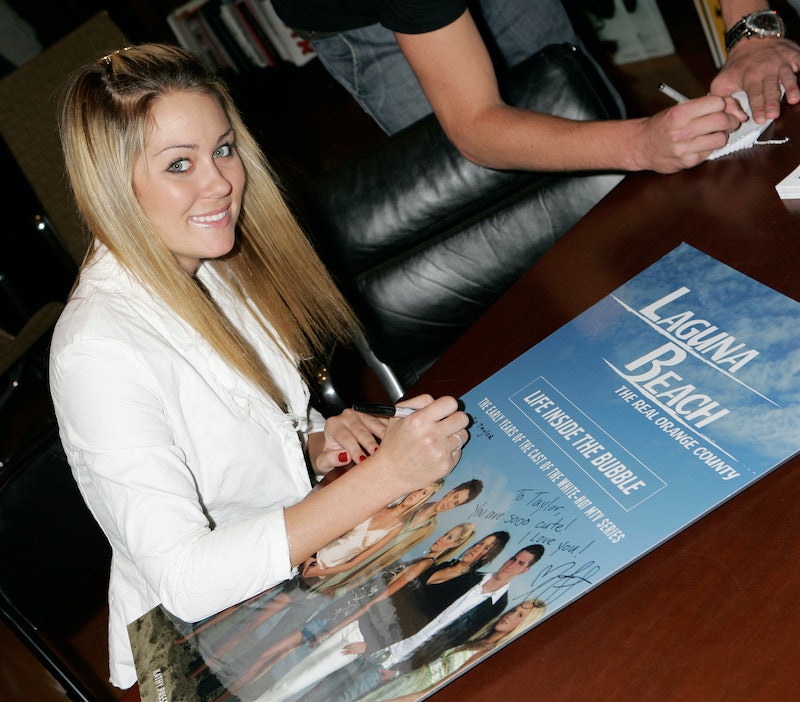 Whether you were Team Kristin or Team LC back in 2004, you can't deny that Laguna Beach would be nothing without Lauren Conrad. I mean, she's obviously the reason MTV decided to do this show in the first place, considering Season 1 was all about her. And even though Lauren Conrad just married William Tell and has moved onto bigger and better things than giving Audrina Patridge relationship advice, we can't forget where she came from. Laguna Beach turned 10 years old on Sept. 28, so this might be the best time to relive the most profound LC quotes the series and its spin-off The Hills gave us. While we imagine ourselves swimming in LC's infinity pool, of course.

I'm a diehard Team Kristin member and I'm not sorry about it, but that doesn't mean I don't appreciate Lauren Conrad for all that she's given me and the many women on the Internet these days. Like all of the LC quotes that appear in your favorite GIFs and memes, on your Pinterest board, and are constantly popping up on Twitter during MTV Rewind. Conrad's reality TV personality is the gift that will keep on giving forever and what'll make us all flock back to our TVs and MTV whenever the network airs the series' reruns.

With all of that positive affirmation that LC deserves our love and respect, here are some of her most profound quotes from her reality TV years to celebrate 10 years of Laguna Beach:

So THIS is why it didn't work out with your exes.

Lauren Conrad is basically the only relationship guru you'll ever need in this life or the next.

Life just isn't fair, so get over it.

This Profound View On Love

When you know, you know.

This Extremely Profound View On Trust

Get right to the root of your problem.

Seriously. Get it right.

And The Most Profound Of All