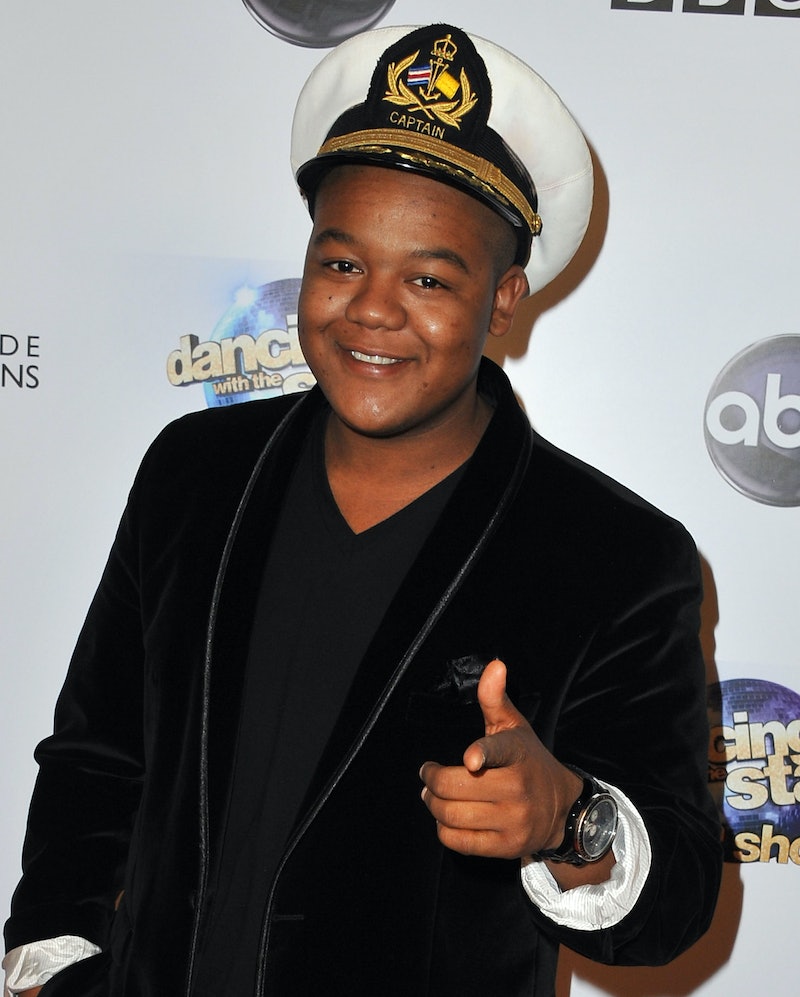 Up until now, you probably assumed it was just going to be your typical Monday night. You'd come home, have some dinner, watch some TV, maybe even think about tuning into FOX's new crime-fighting hit Gotham. Well, I'm here to make that last part of your plan mandatory because the city of Gotham is about to be invaded by a very beloved, former Disney star. That's right, folks — Kyle Massey is coming to Gotham in Monday night's episode "Selina Kyle." (I'm sure it wasn't planned, but I find it intriguingly coincidental that the episode title just so happens to have his name in it.) However, Massey won't be known as "Kyle" on this show. Here he'll play the role of Mackey, a neglected and abused kid who lives on the city streets. In fact, this could even indicate that he's actually friends with Selena Kyle herself aka Catwoman-in-training.

Bottom line — this is definitely one episode worth tuning in for (though you should really just be watching this show in general). And while Massey's return to the small screen is certainly a most welcome presence, it's actually not the only thing this Disney Channel staple has been up to recently. For starters…

He Was Runner-Up On Dancing With the Stars

Massey proved to be very light (and capable) on his feet when he placed second with his dance partner Lacey Schwimmer during the eleventh season of DWTS back in 2010. Jennifer Grey may have come out as the ultimate victor, but this childhood star more than proved that nobody puts Massey in a corner.

He Starred in Senior Project

The film centered around a group of high school students who were forced to band together to complete a (you guessed it) senior project in order to graduate. Massey played one of the core students, along with Switched at Birth star Vanessa Marano.

He Provided Vocals to the Animated Series Fish Hooks

The series chronicled the daily lives of an adolescent school of fish named Milo (Massey), Bea (Chelsea Kane), and Oscar (Justin Roiland). After a short but stable run, the show wrapped its third and final season back in Sept. 2013. I guess Disney didn't want to take the bait for a Season 4 pickup. (Yes, that was my attempt at a fish joke. #nailedit)

He's Coming to a Theater Near You

This December, Massey will star in an action movie called Lowlifes, which features a group of troubled teens in bootcamp program, who encounter a group of terrorists trying to take out a nuclear power plant, prompting them to take action. It's definitely a tougher, more serious vibe that anything we've really seen from the actor before. My guess is, though, that he's more than up to the challenge.