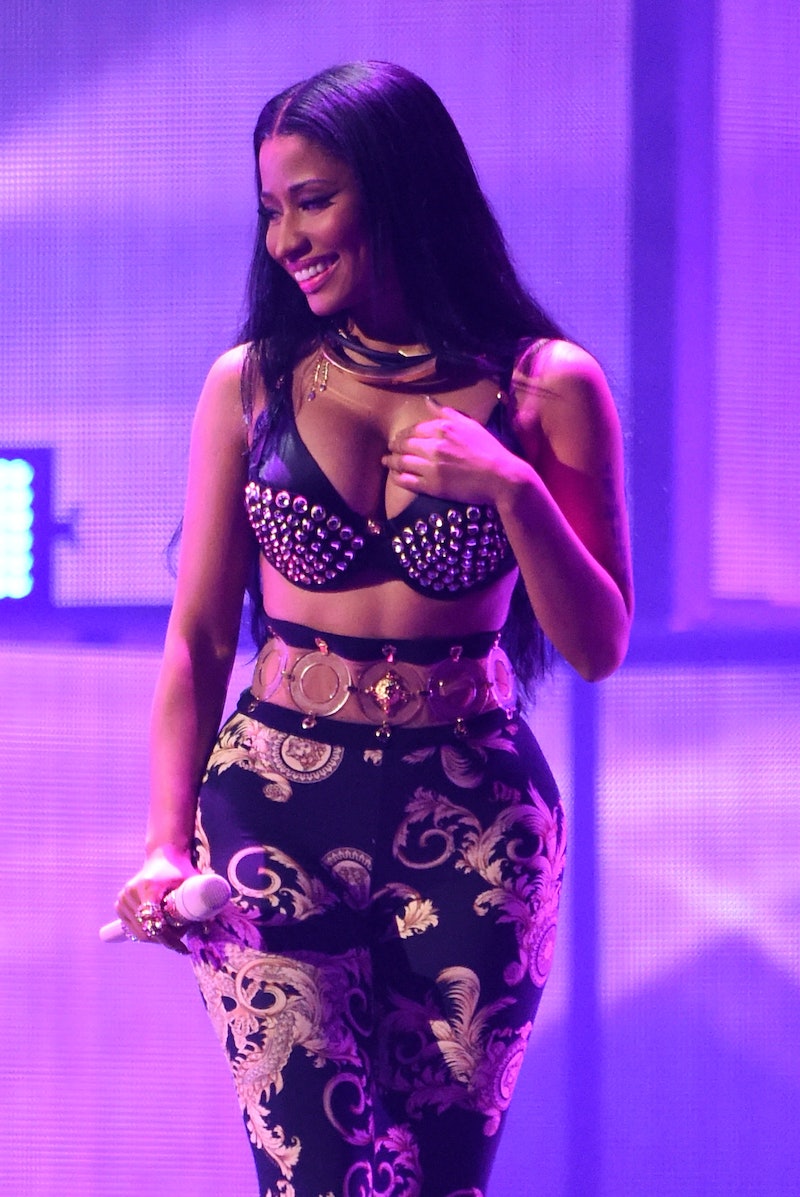 By now I've come to expect a ridiculous amount of energy, some over-the-top antics to stir up a little bit of controversy and overall awesomeness from a Nicki Minaj performance. Whether Minaj takes the stage as a solo act or as part of a collaborative effort, she's ultimately someone who gives it her all and manages to steal the show—even when her wardrobe refuses to go along with the plan. But are the "Anaconda" rapper's hosting skills as on point as her performance game? If not, I'm sure they'll be up to par by the time Minaj hosts the MTV European Music Awards.The show's 20th anniversary edition takes place in Glasgow, Scotland on Nov. 9, and since Minaj likes to do things big (butts and such), she's pulling double duty as a performer. She just performed the "Flawless" remix with Beyoncé in Paris to close out the "On the Run" tour, and Jessie J's Minaj and Ariana Grande-assisted hit "Bang Bang" just went #1 in the UK, so this hosting gig couldn't come at a better time for Minaj. I just hope that at some point during the show, she'll switch over to her scarily accurate British accent for the occasion. But will she be able to maintain the momentum needed to host the entire show and pull off a performance? Why, sure she will! Here are a few reasons why Nicki Minaj will be a most excellent host:

She has tons of attitude

The host can either make or break a show, and Minaj has an undeniable air about herself that will definitely command the world's attention. I wouldn't be shocked if she has the audience doing the "Anaconda" choreography by the end of the night.

Her wardrobe is the best

This isn't the Oscars so I don't foresee a bazillion wardrobe changes, but thanks to her muted look, Minaj has been looking especially fly lately and I don't expect the EMAs to be any different.

She gives the best speeches

...even if they are laced with a little bit of shade.