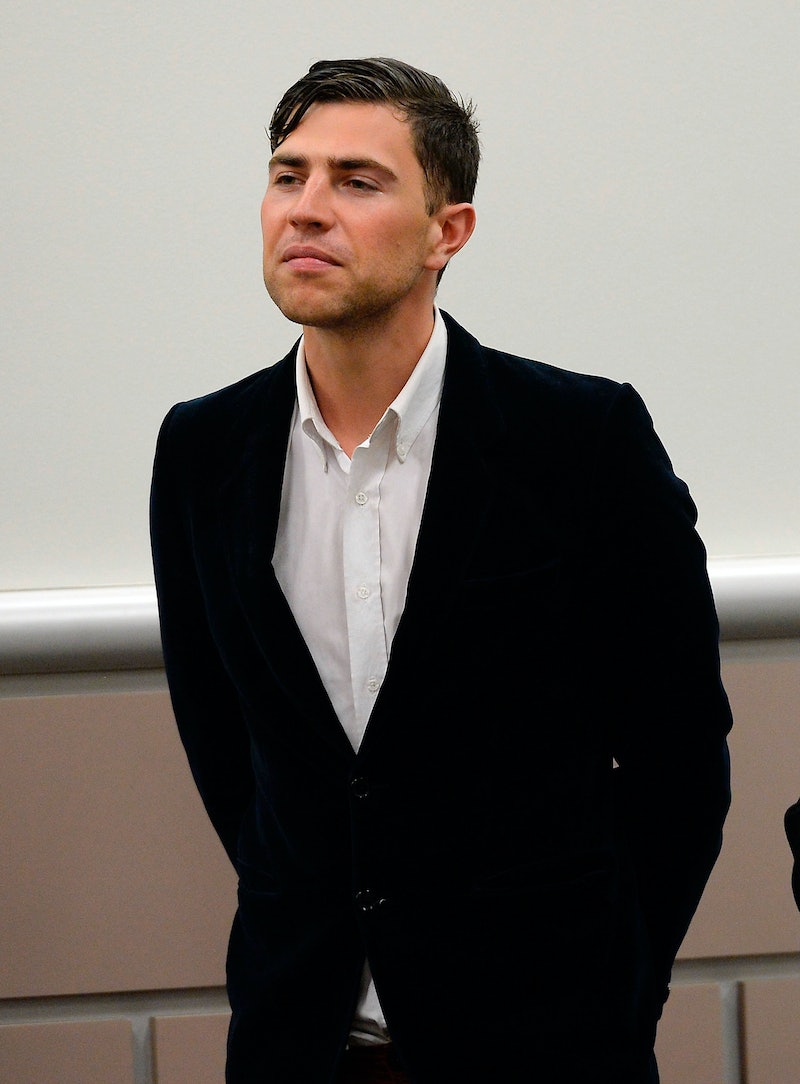 Vitalii Sediuk may have left Los Angeles, but that doesn't mean his reign of red carpet terror is over. After Sediuk confessed to have attacked Kim Kardashian at Paris Fashion Week, grabbing her legs and attempting to yank her to the ground, you'd think that someone would have put him behind bars for a while. However, Sediuk continues to walk free and continues to launch his so-called "red carpet pranks" against random celebrities for the entertainment of no one but himself. The latest victim is Ciara. At Paris Fashion Week, Ciara was jumped by a half-naked Sediuk, who was wearing nothing more than a black thong at the time.

While Ciara was unharmed — as are most of the celebrities that Sediuk pulls his pranks on — that doesn't change the fact that Sediuk is still out on the streets and waiting to strike again. Despite the fact that many of his pranks have been inappropriate, if not outright likely to have caused harm to the celebrity in question, Sediuk rarely experiences any retribution for his actions beyond negative public opinion. Sediuk may be considered a menace by the media and his celebrity victims, but what punishment has he actually received in the past for his behavior? And is there any way that we can stop him for good?

What Happened: In 2011, a video of Madonna saying she loathes hydrangeas went viral on the Internet. Madonna said this after being given a bouquet of them by a fan and received heavy criticism for such an insensitive reaction before the fan was revealed to be Sediuk. Not only did Sediuk give Madonna the hydrangeas knowing from other interviews that Madonna hates them, the reason that Madonna dislikes hydrangeas is because she's allergic to them.

What Happened: In 2012, Sediuk struck again in yet another video that quickly went viral. The video featured Will Smith slapping a journalist for attempting to kiss him on the red carpet, prompting people to accuse Smith of everything from homophobia to cultural insensitivity. The journalist was later revealed to be Sediuk, which didn't entirely stop the accusations.

Punishment: None. Unless you count the light backhand.

What Happened: This happened less to Adele and more around Adele. When the singer was set to receive a Grammy award for Best Pop Solo Performance from Jennifer Lopez and Pitbull, Sediuk entered the stage and tried to accept Adele's award. By the time Adele made it onto the stage herself, Sediuk had already been ushered off. He was later charged with “one count of willfully leaving a spectator area and entering a performance area and one count of interfering and delaying program participants.”

Punishment: Sediuk was given a six month suspended sentence.

What Happened: In 2014, Bradley Cooper became Sediuk's next victim at the Screen Actors Guild Awards. Sediuk gave Cooper a "crotch hug", AKA he got down on his knees, wrapped his arms around Cooper's legs, and buried his face against Cooper's crotch on the red carpet. Cooper laughed it off at first before co-stars Michael Peña and Mandy Patinkin helped pry Sediuk off his legs.

What Happened: In 2014, during the Santa Barbara Film Festival, Leonardo DiCaprio was the victim of a crotch hug as well. DiCaprio managed to crack a small smile until security arrived to pry Sediuk off of him.

What Happened: In a truly disgusting 2014 stunt, Sediuk crawled under America Ferrera's dress at the premiere of How to Train Your Dragon 2. Ferrera later called the incident "shocking and violating" and wished that everyone "wouldn’t give him the attention he was seeking".

What Happened: At the premiere of Maleficient, Sediuk attacked Brad Pitt in an action that was initially said to be a punch in the face but was later said to be a more general assault. Reports say that Sediuk either slapped or punched Pitt, breaking his glasses, before being dragged away by security. Pitt got an emergency restraining order taken out against Sediuk, who was held in the Los Angeles County Men’s Central Jail until his indictment.

Punishment: Sediuk pleaded no contest to the charges and was sentenced to 20 days of community service, a year's worth of psychological counseling, and $440 in court costs. He was also ordered to stay 500 yards away from all Hollywood events and eventually left the United States entirely.

What Happened: At Paris Fashion Week, Kim Kardashian screamed when someone suddenly grabbed her legs and tried to yank her to the floor moments after she exited a car with Kanye West. A representative for Sediuk later said that he was claiming credit for the attack. Kardashian was ushered away to safety while Sediuk was held back by security and the other paparazzi present, because they were as unamused by him as we all are.

What Happened: Again at Paris Fashion Week, Sediuk rushed through the crowd, stripped off his pants to reveal a black thong, and jumped Ciara and her mother as they posed for photographs on the red carpet. He then hugged her while she tried to look less visibly confused.

Punishment: None yet. However, if Sediuk isn't careful, then Europe will ban him from all of their red carpet events like the United States did. In fact, they probably should do that right now just as a precaution before Sediuk's "pranks" escalate to physically accosting more celebrities like Pitt. The best way to punish him seems to be to make it illegal for him to get close to the events where his victims will be to begin with, because then, when he tries, he can be held on a criminal basis and maybe get the help he needs.