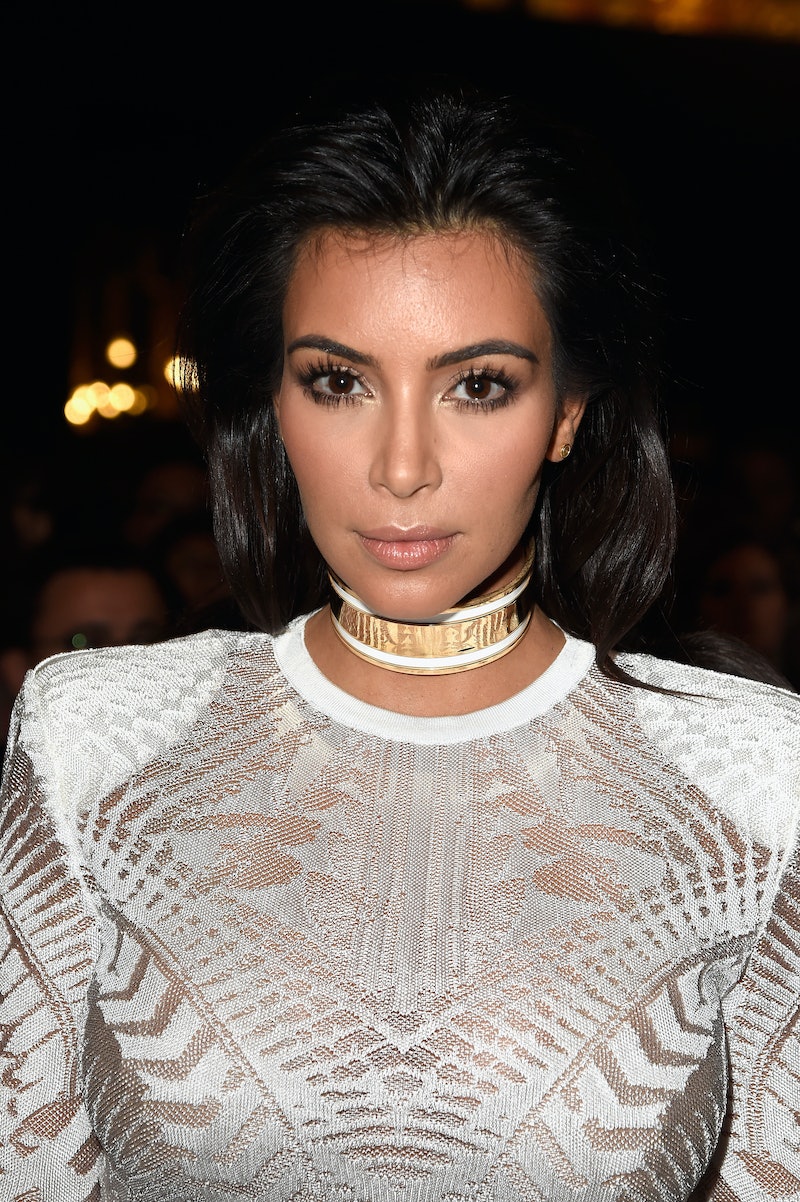 Kim Kardashian might be one of the most annoying celebrities on the face of the planet right now thanks to her constant stream of selfies and mind-numbing interviews, but even the harshest of Kardashian cynics would have to give Kardashian some sympathy right now, because girl is not having the best week. On top of a few of her nude photos getting leaked this week (btw can someone please find whoever's doing that already and throw them into an active volcano? kthx), TMZ just released a video of Kim Kardashian getting tackled by someone while trying to walk into the Balmain fashion show in Paris, and as much as I love to rag on Kardashian, it's actually pretty scary. What makes it even worse? The attack was supposedly done by Ukranian "prankster" Vitalii Sediuk, who's gotten into creepy altercations with celebrities like Leonardo DiCaprio, America Ferrera, and Will Smith in the past. I hasn't yet been confirmed if the man was Sediuk, but according TMZ, his rep says Sediuk is taking credit.

In the video, Kardashian arrives in a car with husband Kanye West and momager Kris Jenner, and when she attempts to exit the vehicle and get through an alarmingly gigantic mob, someone appears to slip through security and grab her feet in an attempt to knock her down. She almost hits the ground, but luckily her body guards quickly stepped in and ushered her away to the safety. The attacker wasn't arrested on the scene, but TMZ reports that the paparazzi actually did something right for once, holding him down until Kardashian was in the clear. Um, not to be a nag to the police or anything 'cause I know they're really busy and all, and I know we aren't 100 percent sure it was him yet, but HOW IS VITALII SEDIUK NOT IN JAIL YET? I mean, really?!

The strongest legal repercussions Sediuk has faced so far for his actions was a $200 fine and 20 days of community service after he attacked Brad Pitt at a "Maleficent" red carpet premiere this summer. The sentence also stipulated that Sediuk would be on 36 months of probation, and would have to stay "500 yards away from all award shows, entertainment events, and red carpets." Although there isn't any solid proof that it was indeed Sediuk who grabbed Kardashian this morning, if it was indeed him, it's safe to say it would be a violation of his probation and he'd face tougher penalties than before. Annoying or not, no celebrity (or better yet, no human being) deserves to have their space violated like that.