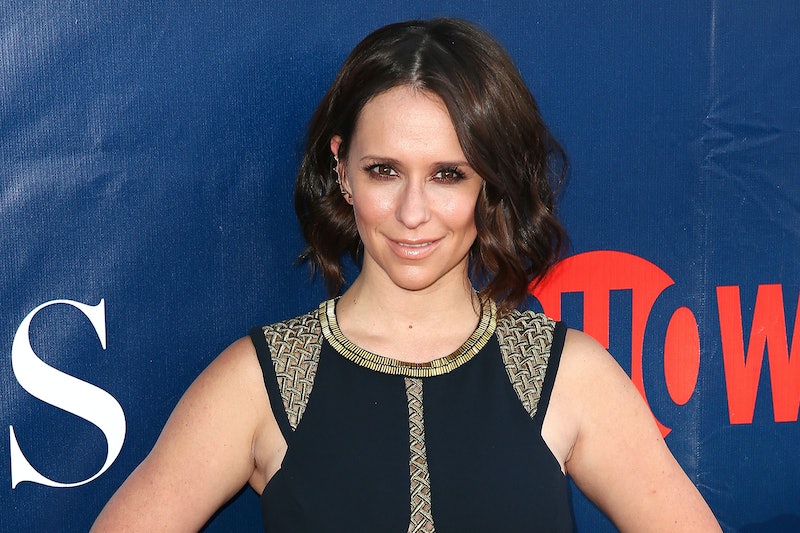 I'll admit it, I'm a total stan for Matthew Gray Gubler, one of the stars of Criminal Minds and general kook (have you seen his paintings? They're spooky in the best way). Which is why I'm so jealous of Jennifer Love Hewitt, because she's the newest addition to the cast of Criminal Minds, which returns for it's tenth season on Wednesday night. In an interview with Entertainment Weekly, Hewitt talked a bit about her character Kate Callahan who's joining the FBI's Behavior Analysis Unit. Another lady on the murder squad, y'all! She didn't reveal much about Callahan, but she does mention that she's met the team before and they all become fast friends, and that her character will go undercover in the first episode. She'll also be "feisty and finds real disgust in these people that she has to deal with on a daily basis."

Obviously the core BAU team is solid gold: Hotch, JJ, Reid, Morgan and Garcia are the best at cracking creeps and freaks. But a lot of faces have come and gone from the team in the show's past nine seasons, some of them sorely missed, and some of them barely remembered. Here's a look at all the departed BAU agents, from most missed to "who?"

Mandy Patinkin generally playing Mandy Patinkin is always a welcome sight on screen. He played SSA Jason Gideon, a legend of the Bureau as one of its best agents. He comes back to the BAU after a dark depressive episode following the loss of some of his agents. He was deeply disturbed and conflicted by his cases, and was a super tender father figure to Dr. Reid (Gubler), with whom he played a lot chess. Sadly, he left after season two, writing a farewell letter for Reid (sob).

Prentiss was a bonafide badass with a seriously storied past including going undercover with Interpol. Her parents were a diplomat and a US ambassador, so naturally she spoke a million languages. Hella impressive. She's pretty secretive about her past but ballsy as an agent. When she leaves, she FAKES HER OWN DEATH. I hated to see her go, but what an exit.

Blake, a Jackie O doppleganger that replaced Prentiss, is a fellow genius, like Reid. Though at first she gets the cold shoulder from the team, they eventually come around, because she is super sweet and kind and also, a genius. She came to the BAU after being a professor, and she's soft-hearted: she eventually left after Reid saved her life by taking a bullet for her (HE SURVIVES, DON'T WORRY), and she's reminded of her deceased son. :( One of the saddest farewells, for sure.

She was so eager to get into the BAU, and yet SSA Greenaway left after only two seasons. What gives?! She had attitude and gumption and was pretty cool, hardened a lil because her father, a cop, was shot to death. She got so shaken by getting shot by an unsub that she decides to leave the BAU before we even really got to know her. She goes out in a crazy blaze, though: shooting an unsub down.

Okay, total missed opportunity! Ashley Seaver was on the show for like, five seconds. Her character is an FBI cadet whose dad was a NOTORIOUS SERIAL KILLER. We hardly get any of her story, though! Damn Criminal Minds, thy giveth and thy taketh away.

We'll see how long Hewitt lasts on the BAU.