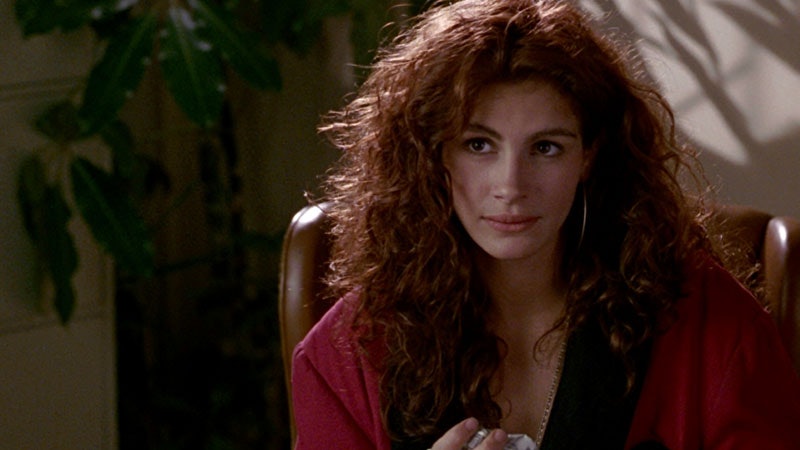 Good news! Schools are still convinced that leggings are a clothing item sent from Satan to turn helpless young boys into slaves to their own sexual desires! Oh, wait — that's not good news at all. That's terrible news. Seriously, this War on Leggings has been going on for quite awhile, but one North Dakota school has taken things waaay too far. An assistant principal at Devils Lake High School used clips from Pretty Women to enforce the dress code, equating girls in leggings with prostitutes. 'Kay.

If you're waiting for this to get less offensive, don't hold your breath. Basically, the fogies in charge at Devils Lake have recently instituted a new policy prohibiting female students from wearing "leggings, jeggings, and tight jeans." This isn't the first Leggingsgate instance we've seen recently, however, in this case, the faculty added insult to injury by actually comparing teenage girls with sex workers. According to Valley News Live, "The assistant principal said they had the girls watch two clips from the movie Pretty Woman and compared their attire to the main character...who is a prostitute."

Now, I'm not coming down on sex workers or on school officials' desire to keep students — ALL students, not just girls — appropriately dressed. But this new policy, as all anti-leggings policies before it, is clearly about forcing girls to cover up their bodies and stop flaunting their sexuality in front of poor, impressionable young men by wearing full-length pants that fit them nicely. GOD, what selfish harlots, am I right?

No, I am not right. Dress codes are sometimes necessary, but they should not be used as excuses to control the female body and exempt boys from the responsibility of controlling themselves. Luckily, some Devils Lake parents agree. Candace Olson, who's son attends the school in question, told Valley News Live, "A lot of the parents went on Facebook and we were discussing it. They were talking about how they think the boys should be able to control themselves and the girls should be able to wear the leggings and the jeggings and you know, the squirts and stuff. And when I was in high school, I think we wore a little bit more provocative clothing."

School administrators need to stop being afraid of leggings and start being afraid of the way our society treats women. I can understand banning crop tops or sweatshirts decorated with marijuana leaves or those shirts with arm-holes so large that you're basically just wearing a bra. But pants are pants and they should always be allowed unless they're so low that half your underwear is sticking out (a sin that mostly adolescent boys commit, I might point out).

Also, Pretty Woman is a fantastic movie and should be used for good, not evil.

More like this
42 Black Owned Fashion & Beauty Brands To Support Today & Always
By Mekita Rivas, Shea Simmons, Kui Mwai and Dominique Norman
Most Comfortable Underwear For Big Butts
By Audrey Williams
25 Things I've Reduced My Life To, In Addition To WFH In My PJs
By Ginny Hogan
Myra Magdalen Is TikTok’s Queen Of Chaotic Maximalist Fashion
By Sophia Moore
Get Even More From Bustle — Sign Up For The Newsletter