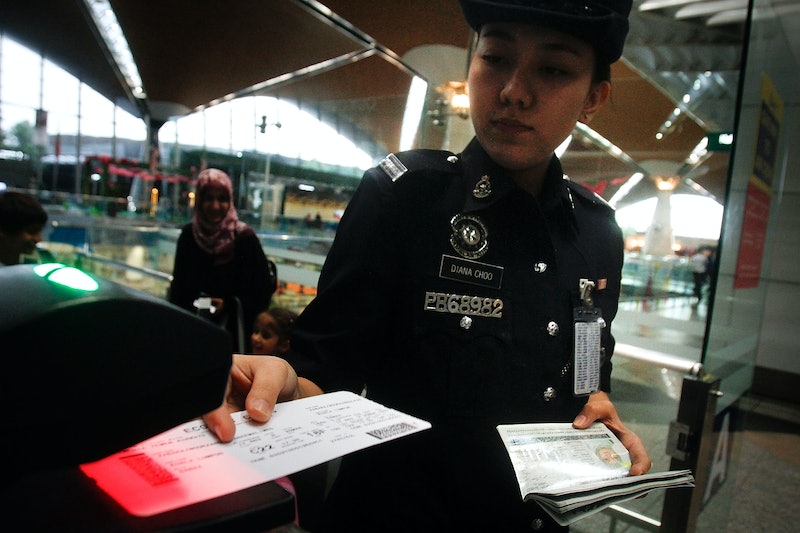 So we may not have two female leads on True Detective, but it looks like we may have a detective show exclusively for female cops, thanks to ABC. The network recently made a put pilot commitment for Broad Squad , a show about the first graduating class of female officers in 1970s Boston (who were dubbed "The Broad Squad" by the media at the time).

Obviously, it's pretty early in the show's life, so it's hard to tell how good it will be. It has a great title, which is not only relevant, but also has a catchy rhyme (plus, I think "broad" is a pretty hilarious old-timey sexist slur). And not only is the plot historic, but there's definitely a lot of material to explore, seeing that the '70s in Boston were a time marked by crime and corruption. Not to mention that it's also a period piece, so at the very least there will be cute retro costumes. Also, the show is being produced by Kapital Entertainment and Fake Robot, which so far have produced "lady shows" like The Mysteries of Laura, Chasing Life, and The Astronauts Wives' Club.

But let's not get too ahead of ourselves here. After all, the show is being written by real-life-woman Beth Wohl, so hopefully it won't get branded as "the pretty lady cop show for ladies" by ABC. And there are lots of actresses who would do well playing the pioneering women of the Boston police force, so hopefully some of these women will get involved:

Not only is Moss an incredible actress, but this show would be well within her wheelhouse. Moss is already living in the '70s in her role as Peggy Olson on Mad Men. Not to mention that she's already portrayed a tough detective in the miniseries Top of the Lake, and she did it all while faking a New Zealand accent.

Enos may not be a recognizable name yet, but it's her breakout role that makes her perfect for Broad Squad. Enos was nominated for both an Golden Globe and an Emmy for her portrayal of Detective Sarah Linden in the series The Killing.

Obviously, this serious could easily use the "racism in the 1970s, that's why we didn't hire any black actors, blah blah blah" excuse. But hopefully they don't, because King would be great on this show. She already received a lot of acclaim for her role as a detective on Southland, and at the very least this would be good karma for appearing in Miss Congeniality 2.

Sohn played a detective and a lead role in The Wire, one of the greatest American television shows ever made. And now... she has a recurring role in a spinoff of a teen vampire show of the CW? Unacceptable. Put her on this show.

More like this
Adele’s All-Female Lineup Includes Kacey Musgraves, Mahalia, & Self Esteem
By Shahed Ezaydi
Jurnee Smollett’s Heart Is Healing
By Rebecca Carroll
6 Mind-Blowing Fan Theories About How Stranger Things Will End
By Kadin Burnett
Why Sadie Sink Is Hopeful Max Will Return In Stranger Things Season 5
By Brad Witter
Get Even More From Bustle — Sign Up For The Newsletter