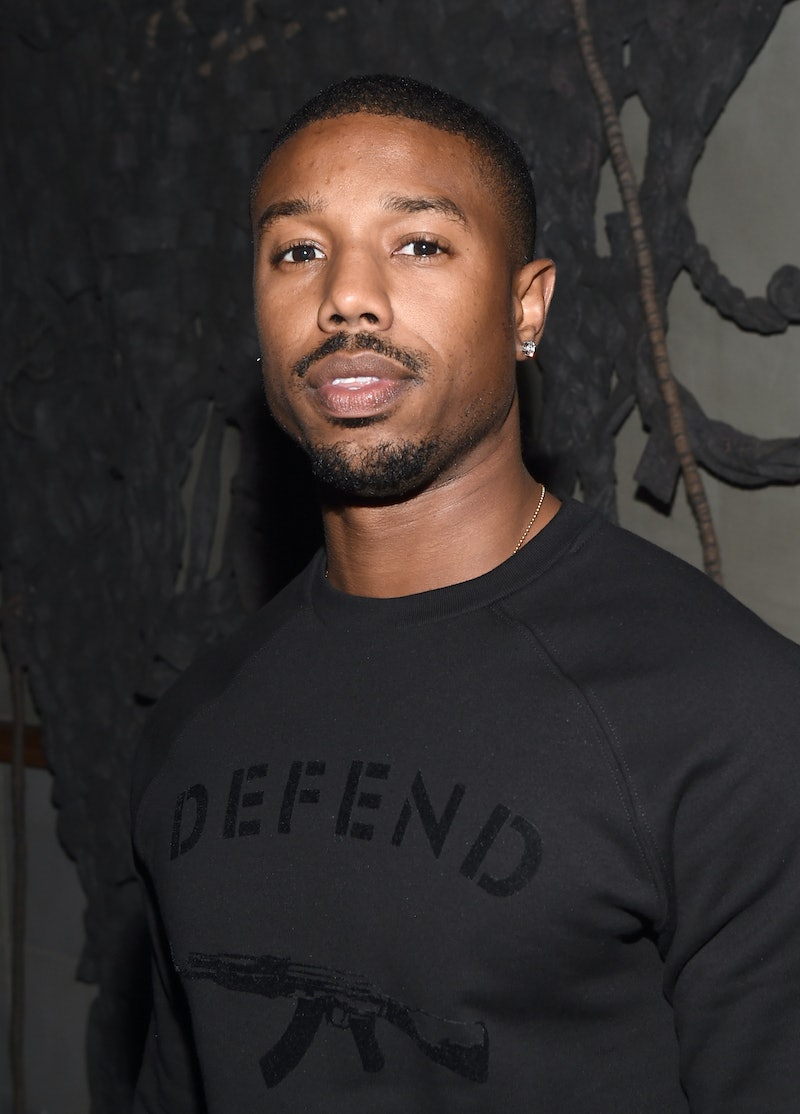 Whether you’ve been a fan of Michael B. Jordan since he played star QB Vince Howard on Friday Night Lights or were drawn in by That Awkward Moment, you’ve probably found yourself swooning more than once for the Fantastic Four actor. Well, swoon on, swooners because Michael B. Jordan is single. In a recent interview with Wonderwall, Jordan, 27, said that he's, "very much single." According to the actor, he’s holding back from settling down with a family so he can focus on his career. Though he does want to have a big family and a long happy marriage like his parents, who have been together for 30 years, the young star doesn’t seem to be in a huge rush to settle down. "I told myself I would focus on my craft right now. You only have your 20s once. Sacrifice now and put the hard work and the time in and then things will be a little bit easier in the next phase."

Though Jordan is very available at the moment, his attitude toward relationships seems to have matured since January. Earlier this year, Jordan commented that he’s "old school" and likes a woman who is “comfortable in the kitchen.” Yick. Maybe that’s why he’s still single, eh?

Thankfully, by the sound of his most recent interview, he’s learned a thing or two about respectfully discussing relationships. When asked about his newfound status as a heartthrob and the extra attention that comes with it he responded, "I really haven't gotten all that much attention. But it's all right. It comes with it I guess. It's not too shabby!" I’ll take modest over cringe-worthy any day, Jordan.

Though Jordan appears to enjoy being single and focusing on his work, he sure has dealt with plenty of heartache on-screen. From gritty dramas to rom-coms, Jordan sure can wear his heart on his sleeve when he’s on camera. Based on this latest interview and the kinds of roles he lands, Jordan might be a bigger softie than was once assumed. Here are all of the times Michael B. Jordan broke your heart using his biggest love of the moment — his acting.

The 16-year-old drug dealer tries to go legitimate with the police, but is then drawn back in by the trade and is shot and left for dead by his former "friends." His death was one of the bleakest moments in an overwhelmingly bleak series.

Vince Howard was troubled kid with plenty of talent and the weight of the world on his shoulders. Jordan portrayed Vince with such heart, that he managed to steal the spotlight from Kyle Chandler as Coach Taylor, which is a near impossible feat. He had everyone rooting for him, no matter how difficult matters with his abusive father and recovering addict mother were.

Jordan continued his role as the "heartbreaking kid from the wrong side of the tracks” when he played the love interest to Haddie Braverman in Season 3 of the NBC melodrama.

In the most devastating independent film of 2013, the actor played a once-criminal young man on the last day of his life who got caught in the wrong place at the wrong time. His ties to his mother, daughter, and girlfriend are very earnest and very real. The film is wholly tragic as Grant tries to turn a new leaf and gets tragically cut short in an unjust series of events.

By far the most likeable of the three "lovesick" fellas in That Awkward Moment, Mikey is the classic romantic (and also a doctor) who gets his heart broken and re-broken by his ex-wife. Dang, Michael B. Jordan, lighten up a little, won’t you?

More like this
'The Undeclared War' Spotlights The Real-Life Threat Of Cyber Attacks
By Maxine Harrison
Everything To Know About 'Persuasion,' Netflix’s New Jane Austen Film
By Nola Ojomu and Radhika Menon
12 Documentaries & Films About Cults From Netflix UK To Hook You From Start To Finish
By Kay Leong
The Best Memes & Tweets About Lady Gaga Reportedly Joining 'The Joker' Sequel
By Grace Wehniainen
Get Even More From Bustle — Sign Up For The Newsletter