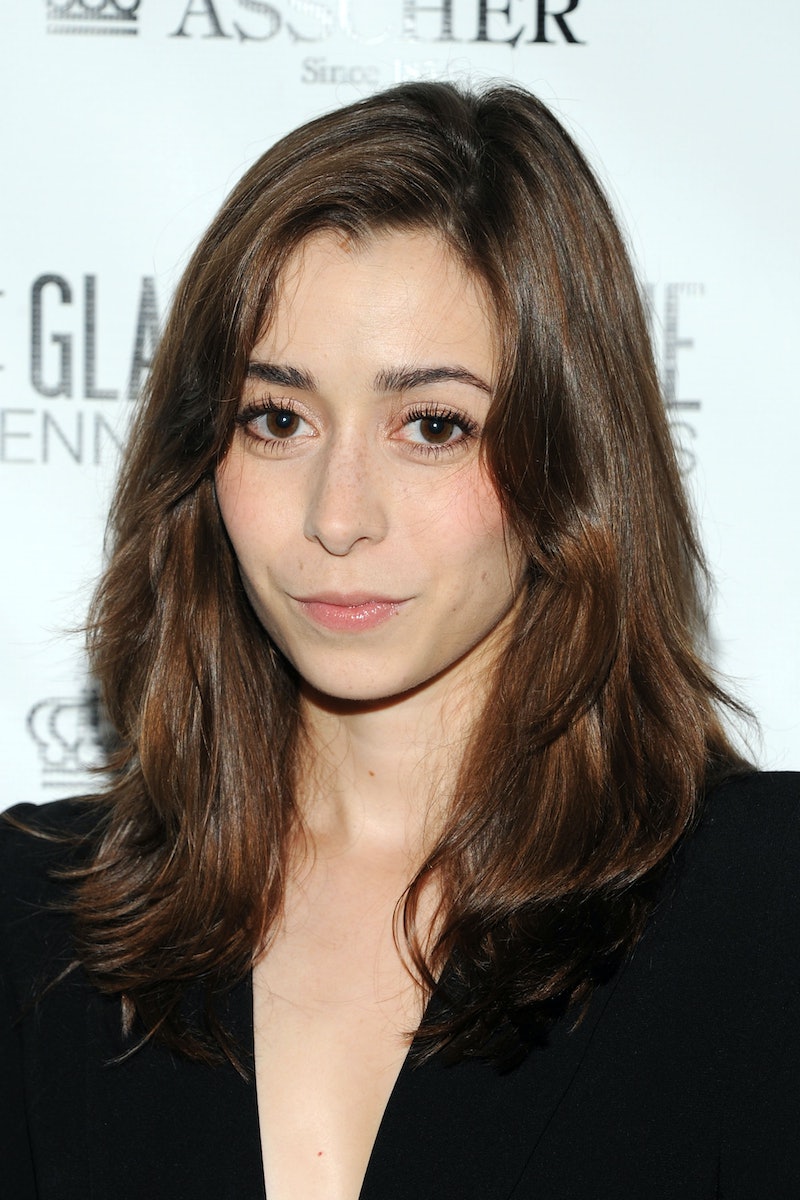 Now that we've all pretty much recovered from her appearance on How I Met Your Mother — sort of — Cristin Milioti is ready to stick around on our television screens a little longer in the new romantic comedy series A to Z on NBC. The show revolves around Milioti and Ben Feldman's characters falling for each other and everything that falling in love entails, from A to Z. Which might lead you to ask, does Cristin Milioti herself have a boyfriend? Yes, she does, and although you probably have not met him before, you might feel like you know him from somewhere.

Milioti is dating Jesse Hooker. For the past year, her and Hooker have been subject to engagement rumors, which she told the New York Times in September of 2013 were completely untrue. But then again, she also said that the mother didn't die at the end of HIMYM , so who knows what to believe. In any case, engaged, married, dating, Milioti and her boyfriend have been together for some time — six years, actually. The real kicker about her boyfriend is that he is a furniture maker. And the only other furniture maker I know is Aiden, from Sex and the City, so basically she's dating Aiden.

OK, maybe not so much, but Hooker is actually a very talented reclaimed furniture designer based out of Brooklyn. He owns and designs for the company Hooker & Co. Its website states that it "revitalizes lovally reclaimed materials in its handcrafted furniture. Each piece, designed and built in Brooklyn, is a celebration of the borough's rich industrial heritage."

Before turning to furniture designing, Hooker was an actor, working in furniture during the day for work. He has done a number of small parts in soap operas and a part in Law and Order, along with stage work. On his 28th birthday he left for a cross country bike trip, which is when he had an "epiphany" that he wants to be a furniture maker. Check out him talking about his passion for furniture design in the video below.

I think Milioti and Hooker's relationship is a perfect chance for the Carrie and Aiden relationship to play out the way it should have been — ahem, sorry Mr. Big. Here's hoping that these two last as long as I'll be watching Sex and the City reruns, aka forever. Meanwhile, you can watch Milioti fall in love with Feldman on A to Z, premiering on Oct. 2 at 9:30 p.m.

More like this
'Friends' Creator Marta Kauffman Opened Up About Misgendering A Guest Character
By Grace Wehniainen
Jesse Tyler Ferguson Had A Funny Run-In With A Fellow ‘Modern Family’ Alum
By Grace Wehniainen
Paapa Essiedu Likes To Keep His Relationship Pretty Private
By Maxine Harrison
Who Is 'Stranger Things 4' Fan-Favorite Joseph Quinn Dating IRL?
By Grace Wehniainen
Get Even More From Bustle — Sign Up For The Newsletter