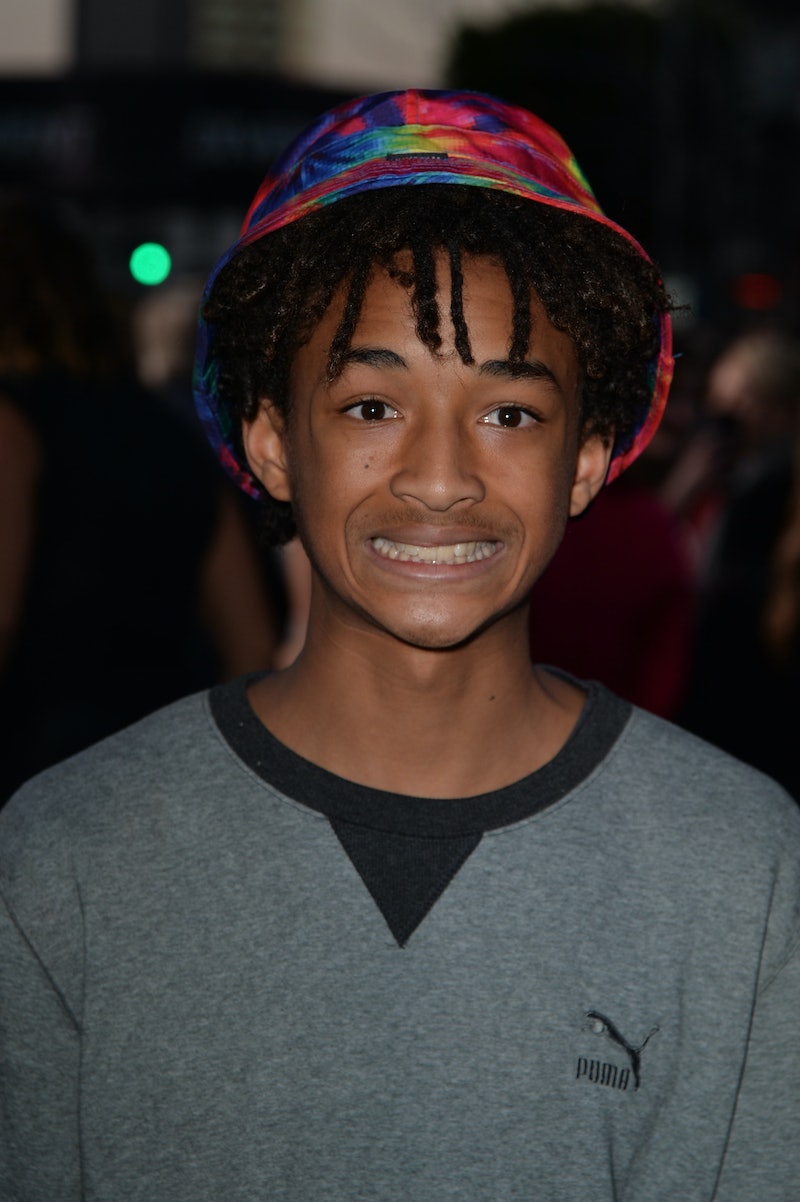 If you've never seen Will Smith's progeny's Twitter timeline, you've been missing out. Not on some deep an infinite wisdom, but on an unfiltered look into teenage disillusionment. Sure, Jaden Smith's tweets are hilarious because He Capitalizes Every Word and because in his attempt to be "deep" he often loses all sense of meaning. So it's no surprise that Smith's releases as a rapper would hold the same sentiments. It's rumored that the 16-year-old will drop his second mixtape, called the The Cool Tape Vol. 2, soon. And he's given his audience not one, but two sneak peeks: the first, Jaden Smith's new song Blue Ocean , is a long heartbroken ramble; the second, Trophy, is a more palatable track about some of Smith's favorite topics (girls, drinking, ancient Incans, what's wrong with "the system," etc.).

His Twitter statements hold a lot of teen angst, harking back to that familiar feeling that comes with growing up that somehow you're seeing all these things that are wrong with the world that no one else is seeing. These tweets may have been written by a teen celebrity, but they also could have just as easily been written by that guy in your AP English class who ends all his rants with "Wake up, sheeple!"

So here are some of Smith's lyrics that express the same sentiments as some of his tweets:

Lyric: "And girl I hope you know that no society or a cult/Can take me away from you, you're the orange juice to my pulp"

If we break up, it's because of society, man. Because we know who we are.

Lyric: "But I stay away from you, cause everybody knows I'm a ghost/But I can still dream"

Duh, everyone knows that ghosts can dream.

Lyric: "Let's travel back in time and then we'll build the Sphinx again"

Build pyramids with metaphors... in your mind. Boom. I just blew your mind.

Lyric: "And please don't listen to the teachers/I'm trying to get rid of all the nonsense that they teach us"

And that's why the members of MENSA are all high school dropouts.

Lyric: "And you don't really know the system/If you really knew, it'd probably make you mad enough to go and freaking choke your sister"

It's the system, man! We have to rebel! By not going to school!