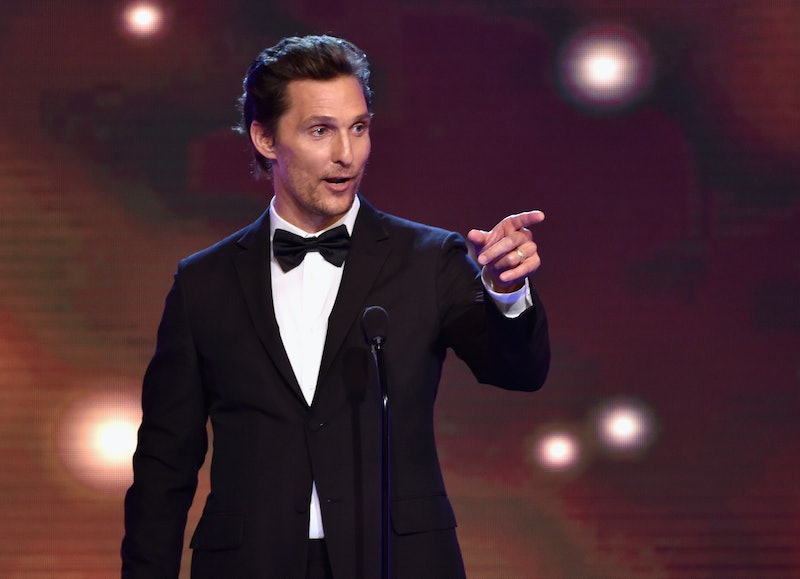 Matthew McConaughey gave an inspiring speech to a football team because he's Matthew McConaughey and I think he confused reality with film for a moment. To be fair, if an actor was going to give me a speech, I wouldn't mind it being from the Wolf on Wall Street actor, chest beating included, but — actually, scratch that. If an actor ever had to give me an inspirational speech, I'd want it to be Bill Pullman and he'll do the speech from Independence Day, even if it was just to egg me out of bed. But then the University of Texas didn't have Pullman, this football team had McConaughey and his rambling style of speaking. Not that it was a bad speech, it just had an aw-shucks sort of delivery and tons of smirks.

Actually, I don't think McConaughey even knew he was going to give his speech. As with any good movie speech, he seems to have stumbled into it without meaning to. He starts by saying, "I just wanted to come. Not come preach anything. Not come tell you anything. Just wanted to have a conversation with you and see how you are doing and look some of you in the eye."

Oh good. We're just talking. Whew. Thought we were going to have a Denzel Washington in Remember the Titans or an Al Pacino in Any Given Sunday.

Wait. It's starting to sound like speech. McConaughey's really getting into it: