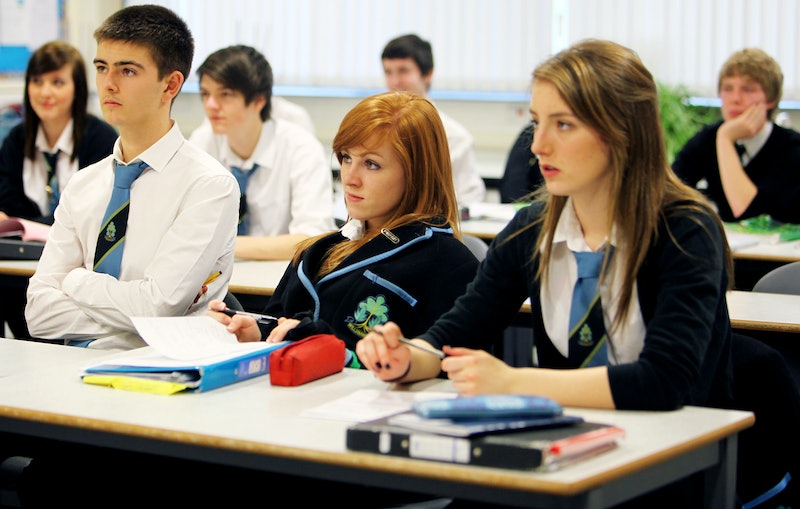 I'll be honest: I hated Girl Scouts as a kid, but I am appreciative that they taught me some cool stuff like how to con your relatives into buying your Girl Scout cookies. But it seems that the Carnegie Science Center only wants to teach Girl Scouts about makeup. Because, you know, that's only kind of education a science museum could possibly offer young girls. Sigh.

The Carnegie Science Center, located in PIttsburgh, offers lots of programs for students, including sleepovers at the museum, field trips, and workshops. For Boy Scouts, those workshops include things like "Chemistry" and "Astronomy." For Girl Scouts, the only workshop the museum offers is "Science With Sparkle," which teaches girls about the science of makeup by encouraging them to "dive into chemistry and learn how science relates to your health and beauty products." Girls can even learn how to make their own beauty products at home! Wow!

So yeah, that whole thing about girls not being taught to value STEM careers? That's a thing.

After receiving a lot of (understandable) criticism, the museum responded by explaining that they used to offer multiple workshops for Girl Scouts, but never received much interest. In a statement on their Facebook page, they write:

We have struggled when it comes to enrollments for our Girl Scout programs. In the past, we have offered engineering, chemistry, and robotics programming for Girl Scouts. We created programming to go along with the new Journeys that Girl Scouts use. Unfortunately, no troops signed up for these. The programs that consistently get enrollments are “Science with a Sparkle” and our Sleepovers at the museum.

However, they also state that they are always willing to book private workshops for interested troops, and that they offer other programs specifically for girls, such as STEM Stars.

If what they say about lack of participation is true, it's hard to be too upset with the museum; after all, program coordinators can't really justify continuing to schedule session that they know no one is probably going to sign up for. I mean, I'm still a little curious why the whole "Science With Sparkle" was even created in the first place; it seems unnecessary, especially since there isn't anything comparable offered for boys. And it also seems plausible that the program might have pulled interest away from more serious science workshops; after all, troop leaders probably aren't going to book more than one or two workshops for their scout troop, and if they all seem to think that the "Science With Sparkle" sounds the most fun, it lowers interest in the more serious options.

Still, the Carnegie Science Center didn't create the gender gap in STEM, but this disparity — however it came about — really illustrates the ways in which girls are often steered away from science fields. By presenting science to girls only within "girly" contexts, it sends the message that girls need an excuse in order to care about science, and that they can't approach it on its own. Science is only acceptable for girls when it comes safely packaged along with stereotypically feminine things like makeup. When what we really ought to do is get girls more comfortable with science as it is out in the real world. Because only then will we start to see more young women cultivating an interest in STEM.

In the meantime, though, hopefully all the attention this story is getting will prompt more Pittsburgh Girl Scout troops to book some of those private Chemistry workshops and make it worth the museum's while to put them back on the regular schedule.