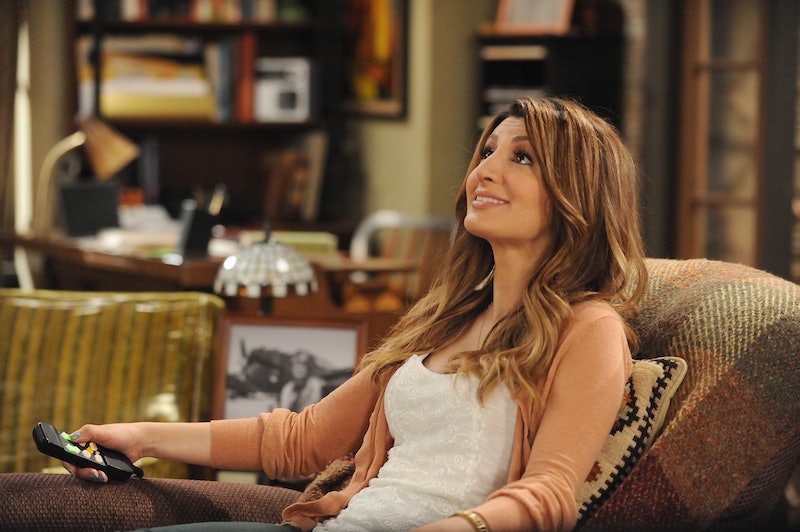 Many early reviews of Fox's new comedy Mulaney have been pretty horrible. It happens. But there's no denying that the cast is awesome: John Mulaney managed to poach the very funny Nasim Pedrad from Saturday Night Live to star as Jane, one of his two weird roommates, part of the long tradition of making supporting characters roommates so that it's easier to have them hanging around. But now that Nasim has emerged from SNL, I'm curious — what goes on in her life? It's easy to assume that while working crazy hours for Lorne Michaels there's no time left over to do anything, but Nasim doesn't talk about dating or if she's in a relationship right now.

Then again, transitioning from working crazy hours in New York to working equally crazy hours in LA filming a sitcom doesn't leave a lot of time for meeting over drinks. And maintaining privacy is something that most actors say they'd kill for, so you have to respect her for keeping people out of her business.

And while there's some weird fascination with finding out who famous people are dating, I personally find it even more fascinating to find out which famous people are friends with one another. And Nasim has a pretty impressive roster of friends.

Of course she's still tight with many many people from SNL. But, this one's a little surprising — she's kept in touch with Jenny Slate, who was fired after her first year for swearing live on the air. Both were rookies in the 2009-10 season, so it's great to see they're still friends.

I don't want to extrapolate based on just a few pics, but she seems pretty tight with Cristin Milioti, who is currently on A to Z. Both have new sitcoms out. Both are incredibly charming on their respective shows. Both are tiny people with amazing hair. This is my new favorite celeb friendship.

In addition to all of her famous friends, Pedrad also has one extremely famous enemy (okay, not really): Kim Kardashian. Nasim did an impression of Kardashian on SNL that was sometimes funny, but went pretty easy on her. I mean, they never even got the chance to do a Kim Kardashian: Hollywood sketch. But when Kim K actually met Nasim, she says that the reality star was "really sweet." As much as the Kardashians have ruined America by giving us so much horrible reality TV to watch that it gets in the way of completing pretty much anything, for the most part they seem pretty nice.

Keep It in the Family

And to top all that off, her sister, Nina Pedrad, is a comedy writer who actually wrote this week's episode of New Girl. Congrats, Nina, that was one of the first good episodes of the show in almost a year. Now both Pedrads will be on FOX.

More like this
'Schitt's Creek' Star Sarah Levy Named Her Baby Boy After Her Famous Father
By Jake Viswanath
Martin Hancock’s Wife Played A Key Part In His Return To 'Coronation Street'
By Catharina Cheung
Paapa Essiedu Likes To Keep His Relationship Pretty Private
By Maxine Harrison
Everything To Know About The 'Pretty Little Liars' Reboot On HBO Max
By Mary Kate McGrath, Jack Irvin and Radhika Menon
Get Even More From Bustle — Sign Up For The Newsletter