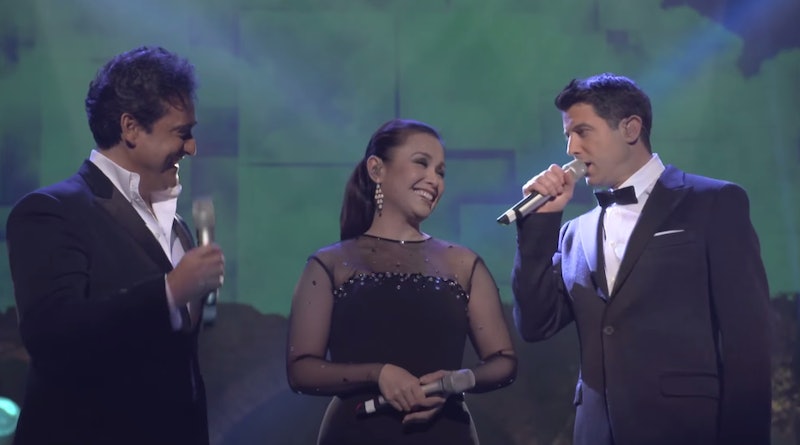 One of the most iconic Disney songs of all time, "A Whole New World" from Aladdin sung by Lea Salonga, has gone viral. No, it wasn't performed on public transportation. Instead, it's performed by the original singing voice of Jasmine, Salonga, 21 years later. And her voice is as perfect as it was. It's crazy hearing that exact familiar voice come out of a real, live-action human. The video actually came out in April, but it's been making the Internet rounds, in part because Salonga is currently on a world tour with pop/opera group Il Divo (who perform the duet with her).

Salonga sounds exactly like she did all those years ago, and she looks great, though I didn't have as much of a reference point for that. For those like me who don't know, Salonga is a Filipino singer with a lot of musical theater cred, having been the first Asian woman to play either Eponine or Fantine in Les Miserables (she played both!). She also was the singing voice of Mulan. Who knew?

Watch the amazing video below, and then check out one of the original recording sessions from Aladdin. Has her voice changed at all?