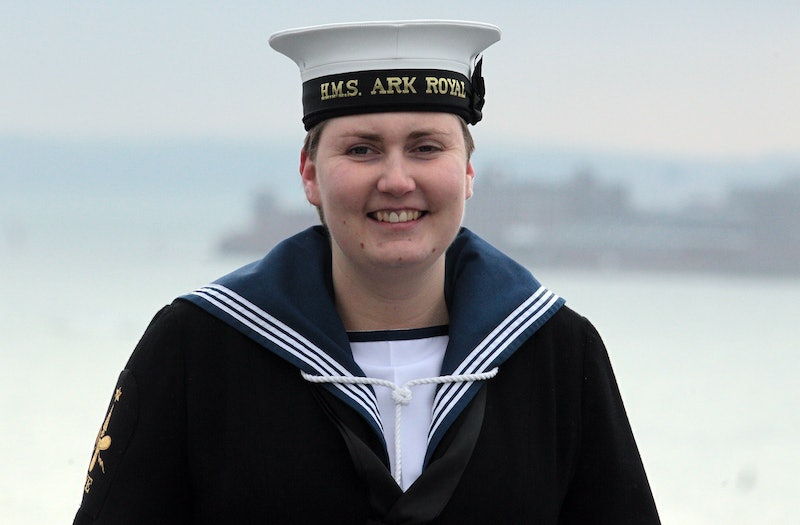 Since announcing that women would be welcome to serve on its submarines back in 2010, the U.S. Navy has continued to make progress. On Friday, the Navy announced enlisted female sailors will serve on submarines, extending the 2010 policy change. Head of the Office of Women's Policy for the Chief of Naval Personnel Navy Cmdr. Renee Squier said that the new policy will help build a "good ecosystem" for women on submarines.

The changes won't be implemented until 90 days after the House and Senate Armed Services committees are formally informed. This period will include 30 days of continuous session in Congress, which Squier says has been "very cooperative" about integrating women into the Navy's submarine service.

The change is part of the Obama administration's initiative to open more military services to women that were once restricted to men only. During his term, the U.S. military has made great strides to include more women in more positions, but given that it's 2014, the changes reflect an age-old male-dominated sector that still has a long way to go in terms of equality.

A History of Women on Submarines

In April 2010, the Navy announced that women would be permitted to serve on submarines for the first time. Rear Adm. Barry Bruner, commander of Submarine Group 10, stated at a press conference:

Females now make up 51 percent of the total talent pool of young Americans we can recruit to enter our submarine force in the nuclear-trained officer community. With the conversion of four ballistic-missile submarines to guided-missile submarines, women now have the opportunity for both forward deployed strike and strategic deterrent operational experience.

The policy change began with 24 female officers on the submarine force. These women included officers assigned to ballistic-missile and guided-missile submarines, "since officer accommodations on these submarines have more available space and will require minimal modification," and female supply corps officers who would provide guidance to new female officers.

It wasn't until 2012 when the first woman served on a Naval submarine, which male officers called a "smooth transition." Today, more than 40 female officers have served on submarines, and now, in light of Friday's announcement, female enlisted sailors will be able to serve for the first time.

In February 2012, the Department of Defense opened up 14,000 military jobs to women, mostly in the Army. Defense Secretary at the time Leon E. Panetta stated in a release:

Through their courage, sacrifice, patriotism and great skill, women have proven their ability to serve in an expanding number of roles on and off the battlefield.

The DoD said it would lift a 1994 ban that prohibited women from jobs that take place near combat units, such as tank mechanic and field artillery radar operator. The ban lift opened 13,000 jobs in the Army alone.In January 2013, the Pentagon officially announced it would be integrating women into these new positions. By the next year, four female Marines completed the 59-day infantry evaluation course for the first time in history.

Where the Military Is Still Lacking

Despite this progress, the military is nowhere near fully diversified. According to CNN, women make up just around 15 percent of the total 1.4 million active-duty force. In terms of front-line duties, women are almost nonexistent, making up only 2.7 percent of those units. Among the enlisted ranks, the majority of the women were assigned to medical (30.5 percent) or administrative (30.1 percent) duties.

Perhaps it's long-held beliefs like former Republican presidential candidate Rick Santorum's that continue to impede the military's diversification and relegate women to limited roles. In response to the Pentagon's decision to lift the military ban for women, Santorum told CNN:

I do have concerns about women in front-line combat, I think that could be a very compromising situation, where people naturally may do things that may not be in the interest of the mission, because of other types of emotions that are involved.

I'd like to put Santorum in the ring with one of those four female Marines who passed the infantry test, and we'll see who gets emotional.Images: Getty Images (3)