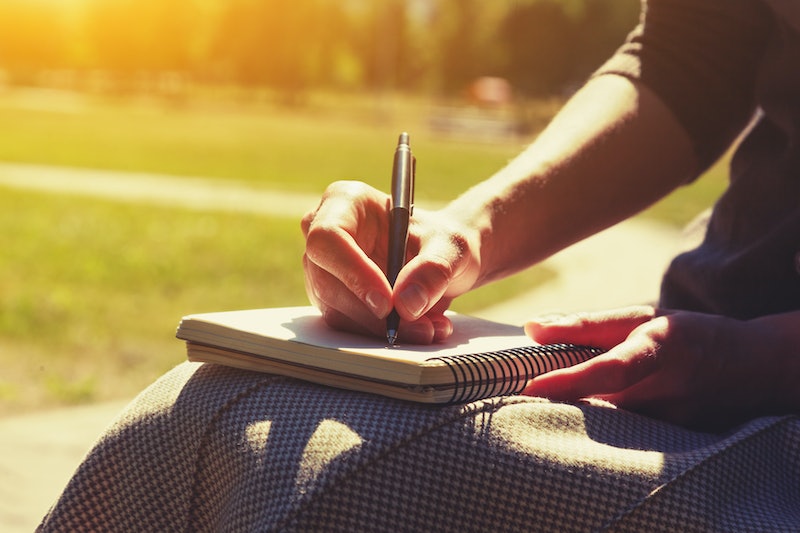 Unlike professional wrestling or consulting or even playing the clarinet, writing has become the one career choice that all other careers feel entitled to comment on. People think it's perfectly normal — some might say socially acceptable — to ask writers invasive questions concerning personal matters like finances, success, and marketability. No polite human would ever dream of asking a doctor how much money he pulled in last year, but a writer? Take a shot! She's just a writer! She's not real!

People also tend to approach writers with a weird degree of skepticism. In some ways, it's understandable: Aspiring writers are a dime a dozen and lazy aspiring writers give the whole field a bad rap. But when someone says she's a writer, there seems to be an unspoken rule that it's okay to assume otherwise. After all, no one is actually a writer — she's a housewife who writes romance novels or a barista who sketches out haikus on the backs of receipts. Right?

Because of the invasiveness and general skepticism toward the art/craft/job of writing, writers get a whole lot of irritating questions thrown their way. Some are presumptuous, some are rude, some are ignorant, and some are only annoying because they're just so unbearably predictable. Here are the questions writers get time and again. All we can do is grin, bear it, and throw some much needed Clint Eastwood-inspired shade their way.

No, this is all a complicated lie to make sense of the fact that I am currently wearing a fedora.

2. "Where have you been published?"

Does SMOKING GUN REVIEW mean anything to you, punk?

3. "Is this character you've written secretly you?"

This existentially haunted vampire with waist-length blonde hair and a thick Russian accent? Yes. That's me. The one named “Ivan.”

Sure. Lemme read your latest legal brief... and look at your child while he's sleeping. That should make us even.

7. "I know a writer who eventually had a very successful career as a [non-writing job]."

You're the expert on a writer's creative longevity, not me.

Iron my poncho collection. What do you think?

9. "Does anybody read anymore?"

Nope, that's why trashy rags like the New Yorker closed in 1999.

11. "Here's an idea for a novel! You should write it! No need to credit me — well, maybe just a little. Seventy-five percent of royalties seem fair?"

I'll get right on that, J.K. Rowling Jr.

14. "[Literary genre] these days is just so pretentious. I miss the era of the [sonnet/Great American Novel/hardboiled detective narrative]."

We all miss the days when F. Scott Fitzgerald got $4,000 for a short story and considered it "low pay," okay?

This person is a fellow writer. RUN!