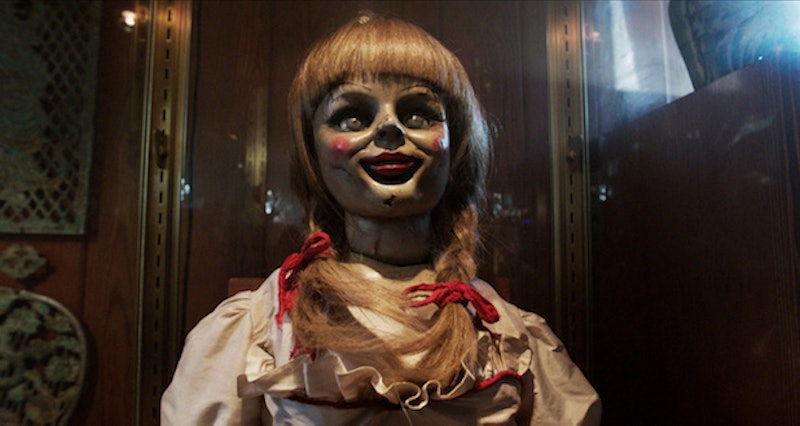 In case you were wondering: Turns out, people like scary movies about haunted dolls more than they like ones about adulterous spouses and a husband or may or may not have killed his wife. This has never been more clear than it was on Friday, when Annabelle managed to beat Gone Girl in the box office — somehow. Sure, both concepts are pretty scary (though I’ll go ahead and say I sincerely hope killer dolls don’t exist), but it's still surprising considering Gone Girl was more or less one of the most anticipated films of the year.

So, how much did Annabelle win by? According to preliminary numbers, Annabelle took home $15.5 million in ticket sales on Friday, whereas Gone Girl came in second with $13.2 million.

Gone Girl didn't lose out completely, though: While Annabelle only received an audience score of 57 percent, Gone Girl received 93 percent, and these results proved to be quite similar on Metacritic as well. Considering Annabelle is somewhat of a spinoff related to The Conjuring — which did exceedingly well in theaters — I guess it’s not too shocking that fans of the film came back for more, and the fact that it's October might have something to do with the film's success.

That said, the weekend is still young, so it's possible the better-reviewed Gone Girl could jump ahead in the box office.