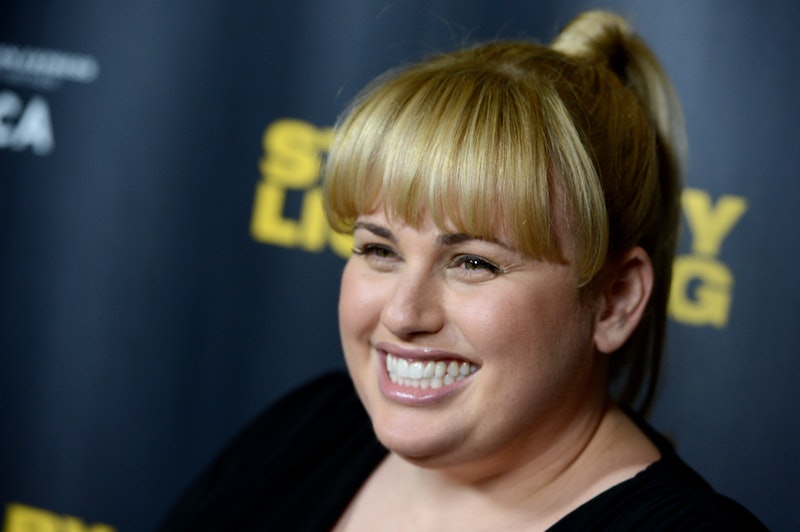 If you saw Bridesmaids or Pitch Perfect, then you no doubt came away from the theater with tears running down your face from laughing so hard thanks to hilarious actress Rebel Wilson (#ididntknowitwasyourdiary #ithoughtitwasaverysadhandwrittenbook). Her career exploded post-Perfect, and she hasn't slowed down since. Her latest project, playing Tilly in A Night At The Museum: Secret Of The Tomb, had her acting alongside comedy mainstays like Ben Stiller, Steve Coogan, and of course, the late, great Robin Williams. In an interview with Australian radio station KIIS FM, Rebel revealed how Robin's last scene as Theodore Roosevelt (WARNING: itty-bitty spoiler ahead!) brought on intense feels for everyone involved.

"It's just so emotional because in the movie his character knows he's not going to be alive the next day and he gives this speech and it was just me and my assistant Katie just sitting in this screening room just crying. It's super, super emotional."

Not only was the Aussie actress able to witness some final, incredible acting from the star, but she also got to bond with him on a personal level. Rebel described a moment that the two shared in Robin's trailer following a scene she had with Ben Stiller.

"He watched me in a scene with Ben Stiller and called me over to his trailer afterwards and he just said, 'I think you're such a great improviser and you're so funny.'

I was so shocked that the Robin Williams was speaking to me and the fact that he was watching me for the last four hours and wanted to tell me all this stuff about comedy for about two hours. It was just, I couldn't believe I got to have that time with him and how cool."

This must've been major for Rebel, especially considering she's a fellow actor and comedian, and proves once again just how special of a person Robin Williams really was.