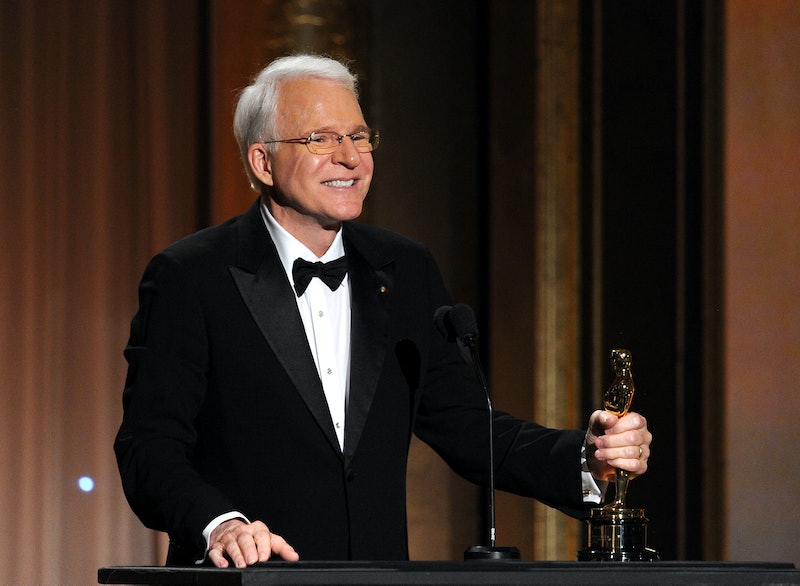 It's been a small while since Steve Martin made the rounds in the headlines, but there's no denying the man's a living legend. Now Martin's getting the American Film Institute's lifetime achievement award. It's certainly an honor that befits someone with a career as long and impressive as the comedian's.

As Martin explored in his (great) 2007 memoir Born Standing Up, he started learning magic while selling guidebooks at Disneyland in the mid- to late-1950s. He'd channel that — and a whole lot of experience as a performer and writer — into his legendary act. Throughout the seventies Martin was "the biggest stand-up draw in history." He was a comedy rock star, and then he quit it cold in 1981 and never went back.

From his stand-up, to Saturday Night Live's "Wild And Crazy Guys," to Three Amigos, to Planes, Trains & Automobiles, to Dirty Rotten Scoundrels, Little Shop Of Horrors, to The Jerk, Martin's just one of those people who's had an inexorable mark on the entertainment world, so it just seems right that people keep hoisting awards on him honoring that as a whole. He's already got an honorary Oscar, after all, as well as four Grammys and an Emmy.

Dude's earned it, and you don't have to take my word for it: