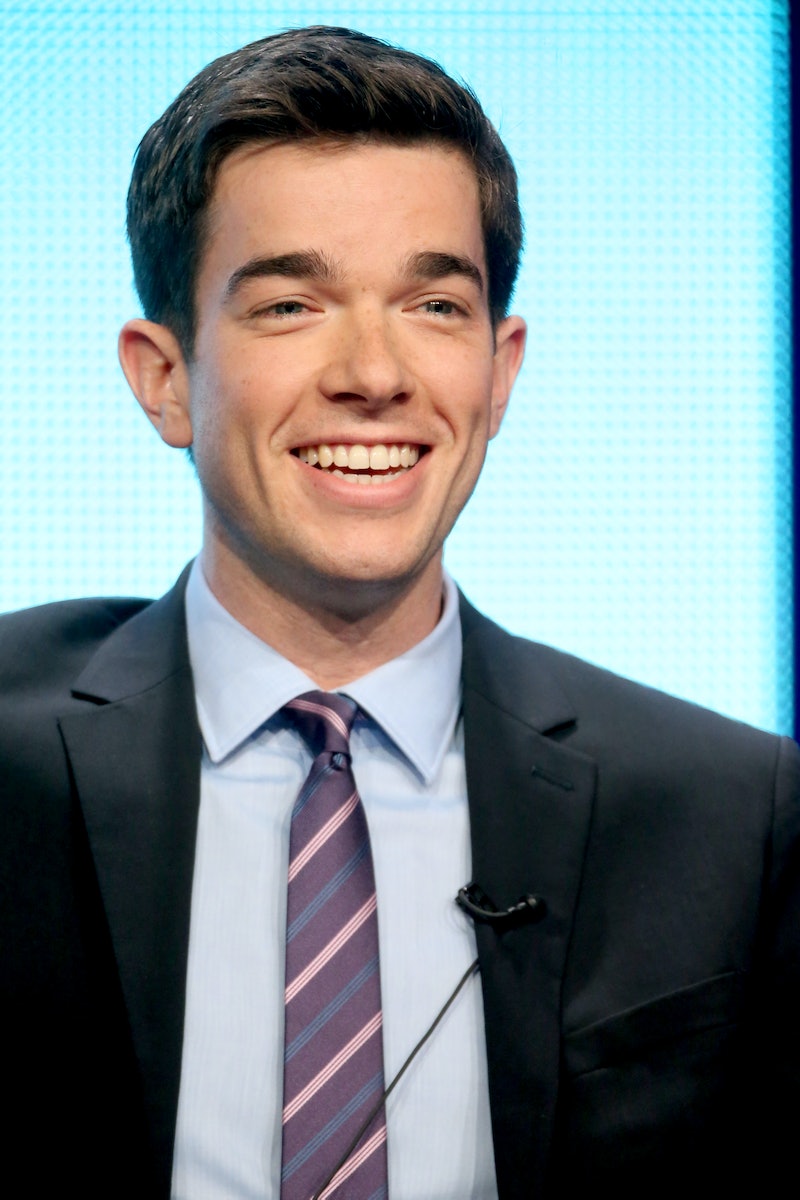 Comedian John Mulaney's new show Mulaney premieres on Fox Sunday night. The SNL alum gamely chose to spend the afternoon before his big night answering Reddit's weird questions. "I'm comedian John Mulaney, and I'm sitting with my dog, drinking seltzer. Ask me anything." He shared a lot of funny anecdotes, as well as some advice and details about his new show. Here are some of the highlights.

Elazarta: Hey John - looking foward to watching your show tonight and since you're a great comedian I was wondering....What is your favorite joke of all time?John-Mulaney: I never have a good answer for this. Any joke by Dave Attel, Todd Glass or Mitch Hedberg probably. Also Paul F Tompkins joke about Fabio is way high up there.

yasupra: What’s your advice for someone just starting in comedy?John-Mulaney: Start a show. Host the show. at a bar or any space. then you have guaranteed stage time and you do other comics favors by giving them spots so then they will give you spots on their shows. also hang out a lot at comedy clubs.

Befozz: Do you have anymore blackout/ ruin party stories you could share?John-Mulaney: Yes many. Most not that funny. Most very boring. I once blacked out and bought a humidifier. And I needed a humidifier.

On his new show:

operation_hennessey: We love your bit about Ice-T in the sex crimes division. Have you ever met Ice-T? Do you think he's heard your joke?shennricks: He not only heard it; he did the intro to his new show.John-Mulaney: This is correct. Ice does the intro to our show. Hearing him say Mulaney was a highlight of my life so far.

zpearlman: Hi John, My name is Zack Pearlman. I'm actually a co-worker of yours. I have a question for you. Can I have a raise? Thank you in advance.John-Mulaney: I know what you make because I am the Creator and Executive Producer and I sign off on the budget. I will tweet your salary if you bother me again. See you tonight Zack!

frackingnerds: I was wondering if being friends with Pete Holmes and Nick Kroll has any effect on your new show? Do you run ideas by them ?John-Mulaney:Both Nick and Pete will be on upcoming episodes!

liftyr: how much money do you make a year (after taxes)?John-Mulaney: I get paid $2000 to write the show and then for my acting I have to give back the $2000.

icethepartyplanner: Are you planning on turning any of your bits into plots on the show?John-Mulaney: Yes. The first episode opens with two stories I have told onstage. Tonight at 9:30 on FOX. Sorry, but it makes sense to plug it here.

notyournemesis: your dog is great. i like your dog's instagram. is your dog going to be in your television show? i'd like to be friends with your dog. will your dog do an AMA? is your dog free for coffee sometimeJohn-Mulaney: I wish Petunia could be on the show but she doesn't really respond to the sound of my voice so I doubt she would sit still to be filmed.

bethanyhudson: Is Petunia excited for tonight?John-Mulaney: She could not care less. Literally doesn't even look at the TV when one of those promos comes on.

deadpool902: Hey John! Has your experience with Delta Airlines improved at all?John-Mulaney: The last time I flew Delta airlines I almost went through security with a friend's weed in my backpack. I quickly ducked out of line and flushed it. I was very lucky. After making fun of Delta I doubt they would have been merciful.

Achmed_Khan: Favorite moment while writing for SNL?John-Mulaney: Too many to name. I would say the very very late nights writing with Marika Sawyer and Simon Rich. We would laugh and laugh and laugh. It was so fun. I cannot express in words how fun it was.

JeffieM: What's your all time favorite Stefon bit? And what are your other favorite SNL bits?John-Mulaney: My favorite Stefon thing ever was "three screaming babies in mozart wigs" because it made my wife laugh really hard.

dodachacha: What's the worst decision you have ever made? What's the best decision?John-Mulaney: Worst decision: not taking an algebra placement exam in 8th grade which would have let me skip Algebra 1 freshman year of high school. the night before the test I went to see the movie Twister and then I cancelled taking the test because I didn't study. I had to take Algebra 1 in high school and the ripple effect meant I had to take Calculus 1 in college. Huge mistake. And I didn't even like Twister that much.

If that doesn't wet your appetite enough to tune in, what will?!