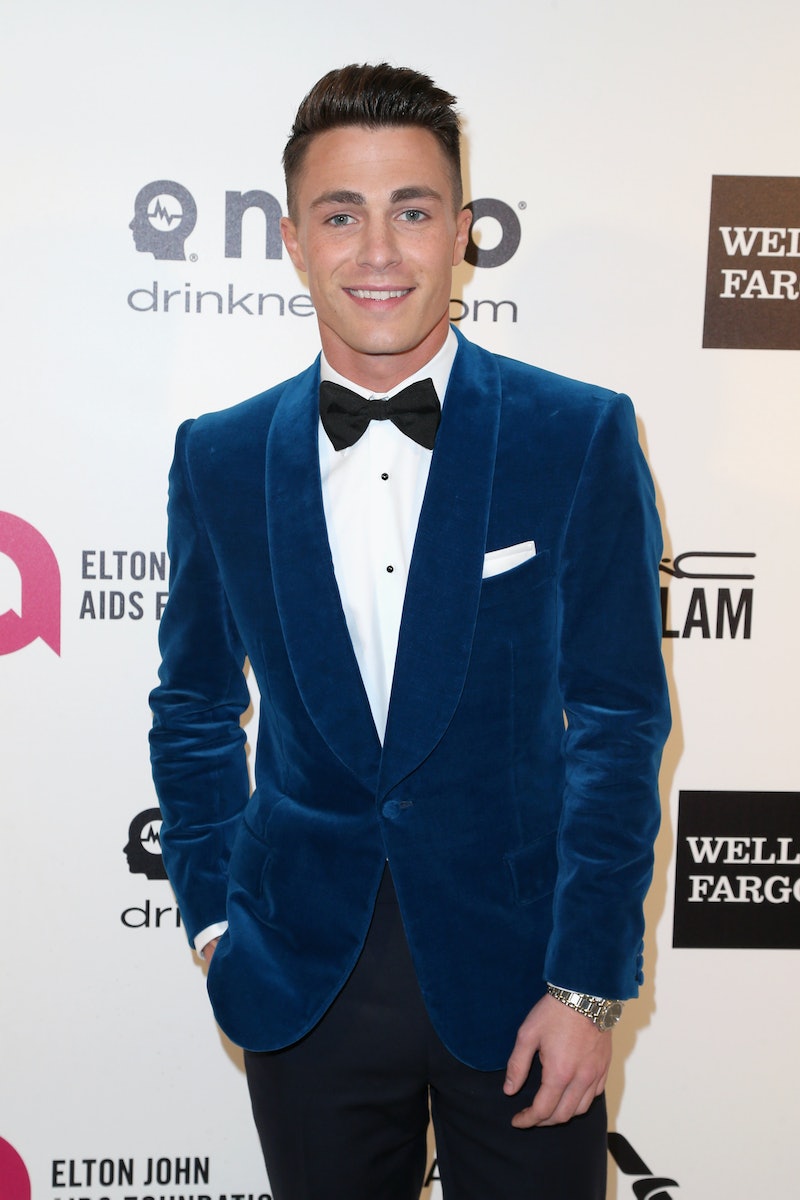 After months of waiting, it's finally time for Arrow 's Season 3 premiere, and so far we've been promised a pretty big season. Enough about spoilers and speculation though, because talk like that will drive us crazy, and maybe it's best if we just hunker down and wait until 8 p.m. Wednesday night. What we do know is that everyone's favorite hoodlum turned good-guy vigilante, Roy Harper, will finally become Arsenal this season. But what's happening behind Harper's red hood with Colton Haynes? He gained some success with his role on MTV's Teen Wolf, but it's Arrow that's really gotten him a lot of attention. With Arrow's busy production schedule, and the amount of training he's got to do with upcoming fight scenes, is Haynes dating anyone?

While we're desperate to learn everything about his alter ego Arsenal, Haynes keeps his own private life very private. He's barely made any sort of blip on the radar as to who he could even be potentially dating. So if you're holding out hope that you're the perfect match for Haynes, you just might be in luck.

However, Haynes is definitely not shy about his friends. He spends his time with some pretty awesome people, so let's take a look at who's lucky enough to be in his inner circle.

Since he is one hell of a guy, Haynes surprised his BFF, actress Ally Maki, with a trip to London and Paris. Just because. From the looks of it, the two of them had the best time ever. Just because. Maki took to Instagram to thank her "kindred spirit and brother" for the trip.

HE STILL HANGS OUT WITH HIS TEEN WOLF BOYS

Though he is no longer on the show, Haynes is still very close with his former Teen Wolf cast members, and can often be seen jet setting around the globe with them. He made a stop to the set this past summer, and the pictures that followed were adorable.

HE IS VERY CLOSE WITH HIS SISTER

Though his love life might be a mystery, it's obvious that Haynes is very much a family man. His Twitter profile lists that he's an uncle (right in between actor and goof). His Instagram is also full of pictures of him hanging out with his older sister.

THINK OF THE CHEEK BONES

Haynes and his Arrow buddies took the opportunity to meet Benedict Cumberbatch, because you always take time to pose for a picture with him. This is one beautiful group of people.

Sometimes, literally. While we don't know if he's attached at the moment, Haynes definitely has a great support system from all his Arrow co-stars and their adoring fans. If he ever needs else someone to hang out with, I bet I could find a few thousand people who would jump at the chance.