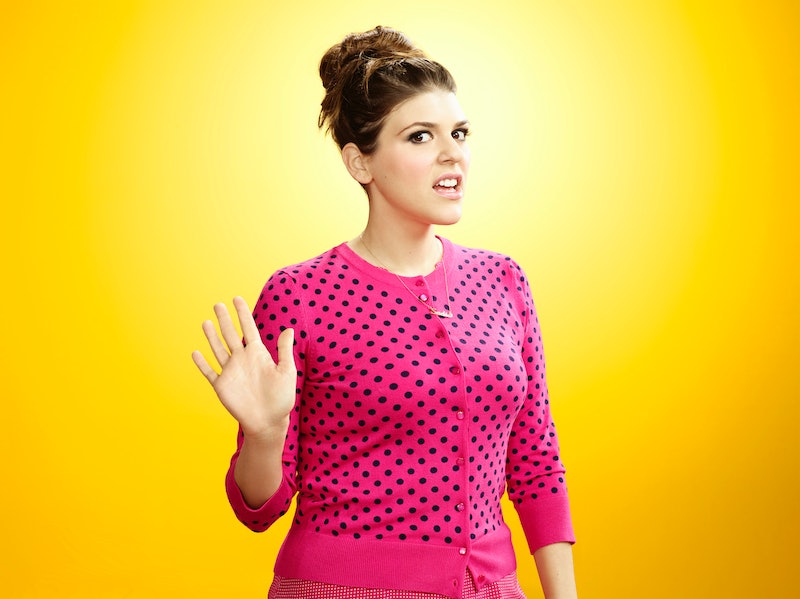 Everyone at Palos Hills high school has a specialty. Jenna Hamilton is known for her terrible and awkward moments. Matty McKibben is there to be my eye candy. Even Val is there to give horrible advice. Sadie Saxton and her perfectly awful Awkward quotes are the most important pieces of the show. She is there to be a straight up jerk and she spares no feelings hitting everyone who stands in her way, which is why she is hands down the best character on the show. If there is a college in the Awkward future, Sadie better be there.

In the beginning of the series Sadie was just some rich girl with body image issues who was a serious ass, and I kind of hated her. I remember thinking that how unlikely it was that someone who suffered from body image issues was also the school jerk, but over the seasons, Sadie’s personality has become more complex, endearing, hilarious, and completely necessary. (She still has occasional bouts of mean, though.) Who else is going to look out for Matty and take down crazy people like Eva?

Some people like to think of Sadie as a straight up "bitch," but the side effect her is her honesty, which becomes pretty important on occasion. She's the type of friend who would tell you if your outfit isn’t cute or if the guy you’re dating sucks. And we all need someone like that in our lives.

As such, we all need to appreciate Sadie Saxton with these nine perfectly awful moments of necessary (and sometimes totally unnecessary) dickishness:

The time someone's face annoyed her

Hey, we all get annoyed of our friends from time to time.

A Trump-Approved Stance On Immigration (Yikes)

She's great at being the worst, isn't she?

What? That is a solid, albeit ridiculously harsh, burn.

She Knows Where Everyone's Assigned Seats Are

She's just telling you about the seating chart. Maybe she's just the Janice Ian of the school bus.

She takes care of business

Sadie is a God (Watch Out, Kanye)

In her defense, she tends to know all... that goes on at school.

OK, Maybe She Doesn't Know Everything...

Diet advice from an ass is not advised. And Sadie's being a grade A ass right here.

She leaves the best things unsaid

Never change, you unique snowflake of a jerk.