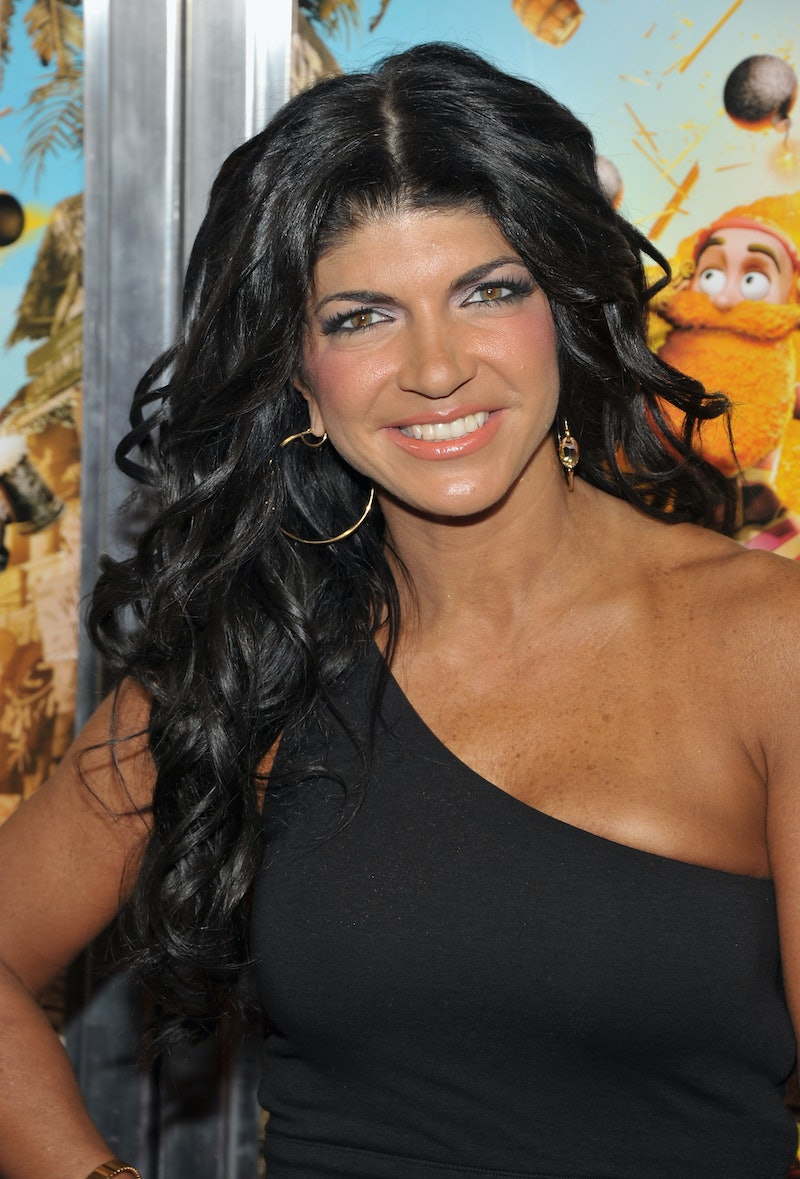 It goes without saying that Teresa Giudice isn't having an easy go of it these days. Not only was she recently sentenced in her fraud case along with husband Joe Giudice, she also upset her RHONJ costars and the channel that made her famous. Reportedly, Teresa Giudice was four hours late to tape the Real Housewives of New Jersey reunion on Sunday and angered her fellow cast members. To add insult to injury, it is reported that she delayed the production even further by taking constant breaks because she is "going through a lot." This is understandable given that the RHONJ star and her husband received their prison sentences last Thursday. Teresa was sentenced to 15 months in prison, which she will serve beginning in January, and Joe has been handed 41 months to serve after Teresa is out.

Sitting on couches and arguing about dinner parties and girls weekend trips had to be the last thing Teresa wanted to do, so I don't blame her for being disinterested in talking about superficial matters. But still, she should not be biting the hand that feeds her. It has been reported that aside from infuriating her costars she actually annoyed Real Housewives executive producer and puppet master Andy Cohen. So not a good move considering the reality show has provided a steady income for her family and has allowed her to promote her various business ventures.

Being Bravo TV famous has given Teresa an audience of fans to sell three cookbooks to, each one of them making the New York Times Best Seller list. She has a hair care line named after her daughter Milania. She is working on a desserts line and she has her own line of pre-made cocktails called Fabellini. Teresa also appeared as contestant on Celebrity Apprentice. These are all opportunities that would never have arisen if she was not one of the Real Housewives of New Jersey. Considering that pretty much everyone knows about her fraud-related legal issues, filling out conventional employment applications will be difficult for her if this Bravo gig doesn't work out.

Yes, Teresa is going through a horrible time, but she needs to own up for her part in all this and move forward by trying to make the best of an awful situation. Being late and delaying production on a television reunion is not a step in the right direction. She needs to go back to being the endearing and lovable Teresa we knew and loved from season one and make that comeback both she and the fans would love to see.