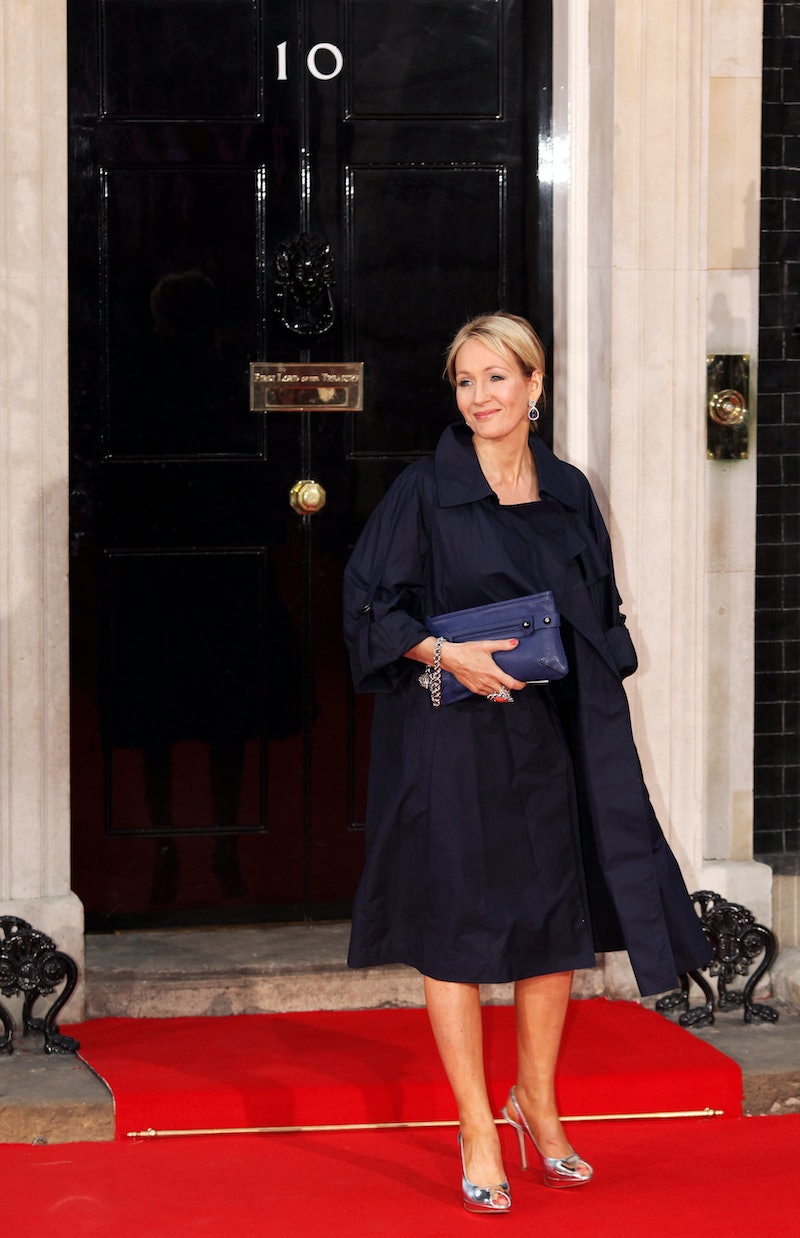 There are few days more exciting for a Harry Potter fan than when J.K. Rowling potentially sends out a coded message via Twitter. I mean, is she trying to make our brains explode? If so, it might be working.

Obviously, those of us in the Harry Potter generation maintain an intense — some might say "unhealthy" — interest in Rowling. But hey, she gave us what might be the greatest young adult series of all time. It's the thing we all grew up with, the thing that made us all better people. It's a part of who we are, okay? And so whether you can't get enough of the stories that keeping popping up on Pottermore or whether you want J.K. Rowling to just leave things in the wizarding world as they are, we can all agree that Harry Potter was glorious — and don't you dare try to tell us otherwise.

And so naturally we continue to be intensely interested in the series' beloved author, J.K. Rowling. Whether it's soaking up information about her upcoming books, delighting in the shape her patronus takes, or appreciating the way she reacts to homophobia on Twitter, we will probably never fully leave J.K. Rowling alone.

Which is why the following series of tweets is enough to send us all into a tailspin.

First she replies to a follower with this:

And then she tweeted this cryptic message:

And followed it up with this:

No, but seriously, what does it mean?