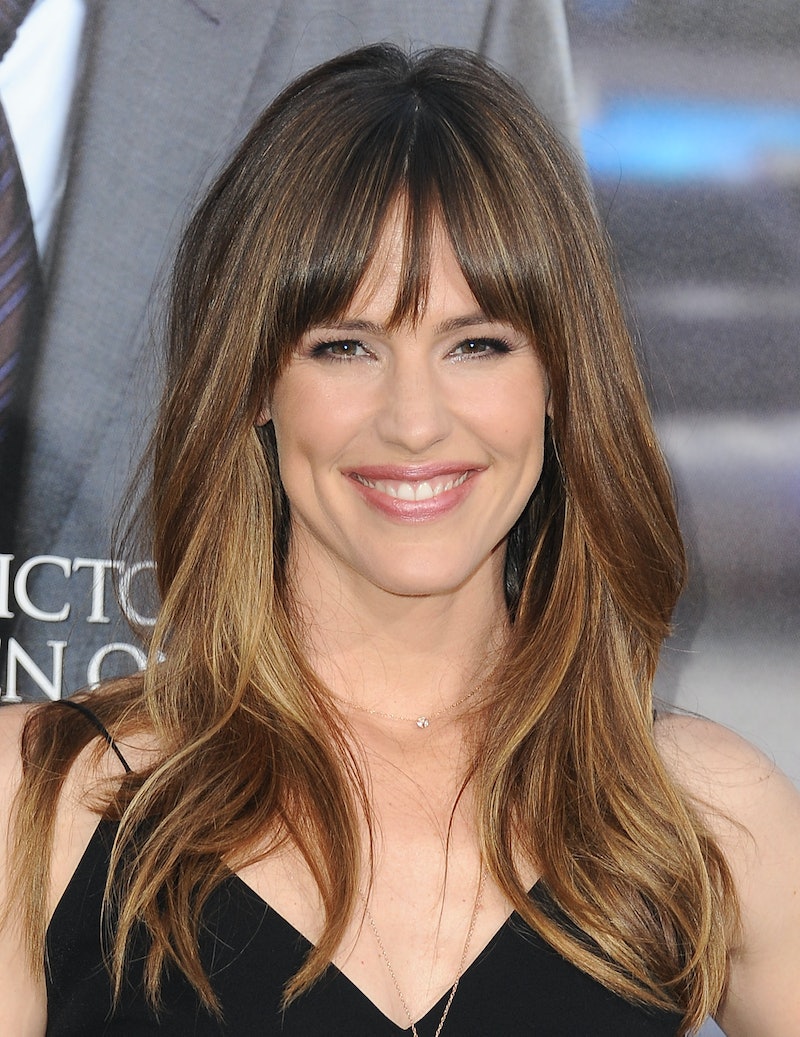 You know who's having a Terrible, Horrible, No Good, Very Bad Day? Nope, not Alexander — good guess though. It's ME, after reading the headlines about Jennifer Garner's Spanx being exposed on the red carpet. I say this as a (mostly) functioning human being in the year 2014: REALLY? Really. Aren't we so much better than this? Maybe I'm just naive, but I like think that most of us are. And by "this," I mean calling attention to woman's accidentally seen underwear and then making news out of it like it matters. It doesn't matter. What matters is that some of us think it does! So, completely aware that I am talking further about the Spanx, allow me express my annoyance and defend Garner — it's the only way. I'll try to keep my eye rolling to a minimum.

This is more than just a wardrobe malfunction. It's the way the Spanx are specifically called out as if they're the smoking gun of Garner's imperfection. Well I'll be... control top undies? What a revelation! Wearing Spanx isn't anything other than a personal preference. But, more than that, it comes down to this main fact: Who cares? Who cares if she wore them, who cares if she didn't, who cares as long as she — and not some maniacal panty overlord who forced her to wear them against her will — wants to.

The bigger issue this leads to is the question of why we are so hung up on women's weight. By Us Weekly continuously referencing the Spanx as, "slimming shapewear," and a "tummy-tucking undergarment," it seems almost like an underhanded scolding. Like she, and the founder of Spanx, were complicit in telling us she was five pounds thinner than we thought. Last time I checked, no one owed anyone an explanation about their weight. But I suppose the rule of thumb could have changed in the very short period of time since I last did a general logic analysis, and the actress could now be charged for some sort of treasonous, undergarment crime against humanity.

Garner spoke out about this kind of cyber fixation on women and mothers to Parade Magazine back in 2010. She said, "I will tell you what I can’t abide — and I think the Internet has really created a space for it — women criticizing other women and mothers criticizing other mothers. It just makes me crazy... Women should take care of each other, not tear each other down." Touche, Sydney Bristow. This is exactly why headlines and articles like these make me positively crazy. While I, too, admittedly enjoy a red carpet premiere to ooh and ahh over the pretty dresses and such, how about after all this commotion, instead of Garner's weight or appearance, we finally shift the focus to that movie she's promoting. It's called Alexander and the Terrible, Horrible, No Good, Very Bad Day. See it or don't, just don't ask the person in the movie theater next to you if they're wearing a sweatshirt because it's cold or because they're trying to dupe you about their weight. Sheesh.