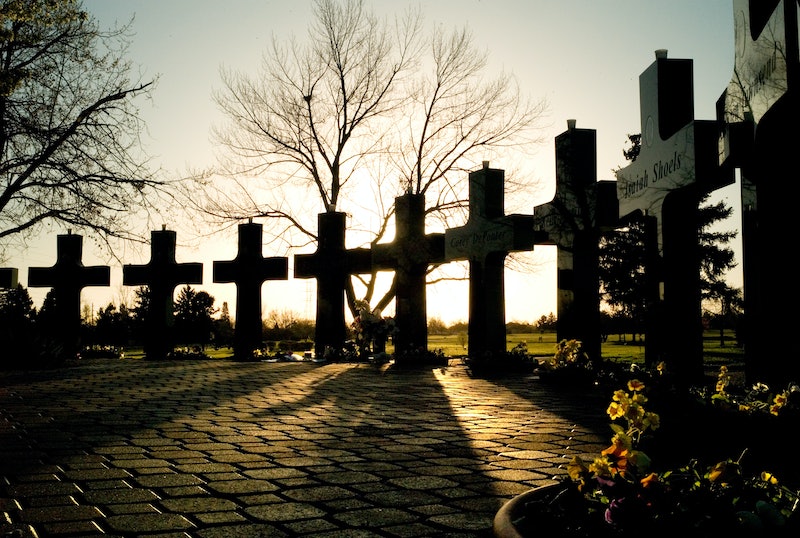 It's a particular hallmark of America's grisly history of violent crime — the school shooting. They've occurred with alarming frequency throughout the United States since the '90s, with scores taking place after the 1998 massacre at Columbine High School in Littleton, Colorado. And several of the deadly attacks appear to have been tied to the Columbine tragedy: the Columbine massacre helped inspire at least 17 other school shootings, as detailed by an ABC News report Tuesday.

ABC's report gives a telling glimpse into the perilous nature of infamy, violence, and potential copycat killings. In short, it seems like the Columbine shootings, carried out by Colorado teens Eric Harris and Dylan Klebold, held a potent sway over the minds of a number of wannabe imitators.

Harris and Klebold killed 13 people: 12 students, and one teacher. And, as seen through some of the physical evidence future killers have left behind — journals, videos, and photos among others — the shooting has had a long-term influence. Beyond the 17 school shootings that were carried out, the ABC News report found similar links between the Columbine massacre and 36 other incidents or plots.

A months-long investigation by ABC News has identified at least 17 attacks and another 36 alleged plots or serious threats against schools since the assault on Columbine High School that can be tied to the 1999 massacre.

While there's too many to detail in full (and that's upsetting in itself) here are a handful of incidents in which ABC News found the an attacker influenced by the Columbine massacre.

The report seems to back up the recent suggestion by the FBI that a copycat mindset may be driving mass shootings in recent years. Its recent study found that mass shootings had gone up over the last decade, and FBI Behavioral Analysis Unit member Andre Simons told the AP that people may have been drawing inspiration from killings gone by to fuel their homicidal intentions.

The copycat phenomenon is real. As more and more notable and tragic events occur, we think we’re seeing more compromised, marginalized individuals who are seeking inspiration from those past attacks.