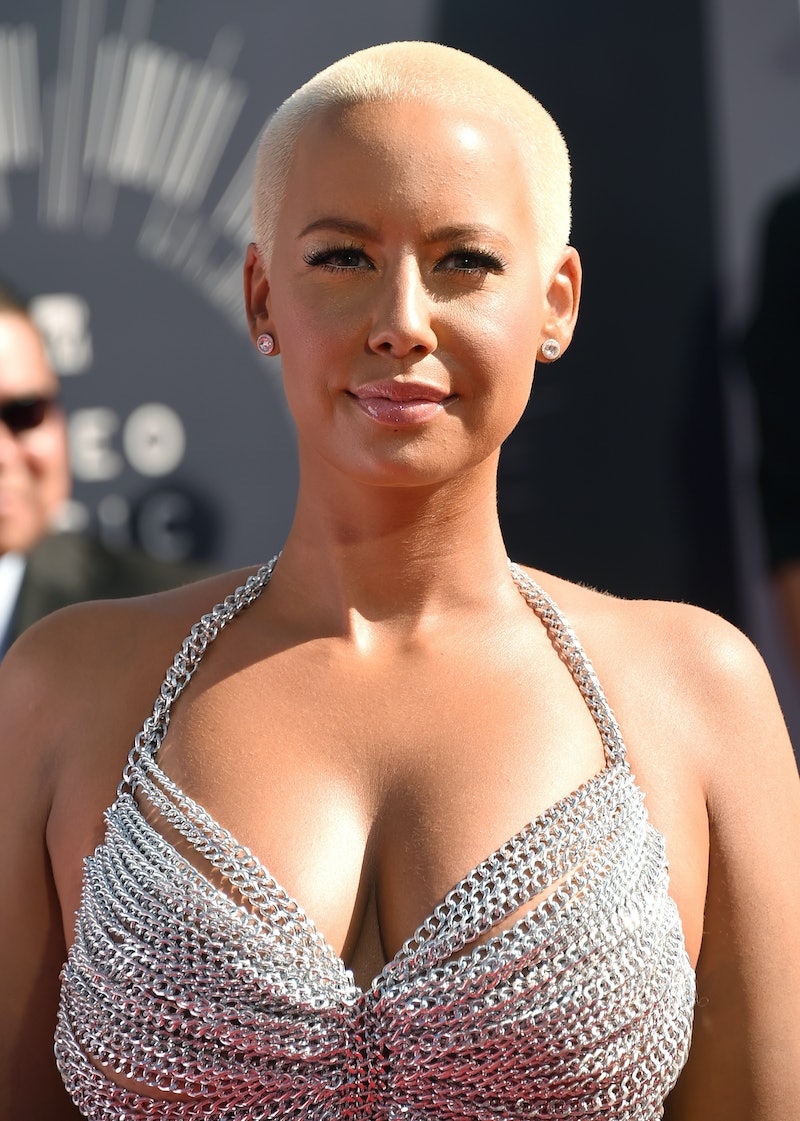 Within the past couple of weeks, Amber Rose experienced what felt like a sudden breakup from Wiz Khalifa, filed for divorce, and subsequently dealt with a bunch of people speculating that she cheated with Nick Cannon. After shooting those rumors down on Twitter and insinuating that Wiz was guilty of cheating, it seems that the blonde bombshell has now moved on to that sucky, post-breakup phase where you spend half the time partying your sorrows away, only to be stopped dead in your tracks by overwhelming sadness. That vicious cycle probably explains why Rose tweeted about heartache. On Monday she wrote, "The mornings are especially hard," and "The pain... I wake up every morning feeling like my best friend died... I never knew what a true heartache felt like until now."

Oof... such pain-riddled words. Rose's tweets couldn't be further from the happy-go-lucky updates Khalifa's shared online lately. As far as I can tell, he has yet to publicly acknowledge the split, instead choosing to share photos of his new purple hair. Perhaps this is his indirect way of declaring himself completely over what happened, but his silence just seems kind of harsh. I know Rose isn't spending all her time twiddling her thumbs or using them to send these heartbreaking tweets, but from now on, I really want her to reconsider pouring her heart out online. My heart cannot take anymore of her heart-wrenching tweets. Instead, I'd like to see more of this type of stuff from Muva Rosebud ASAP:

Muva loves her shades and she rocks them like no other.

Pictures of her and Baby Bash

Those cheeks are just pinch magnets.

Rose kicking it with her girls

Who knew she was friends with Michelle Trachtenberg?

This way I'll know that Rose is doing something other than twerking.