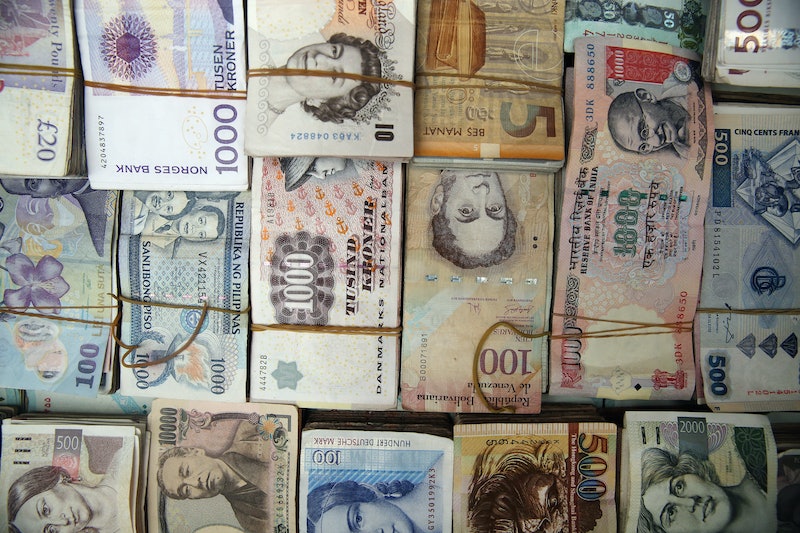 The militant group ISIS has demonstrated its far-reaching and terrifying influence throughout this year, dominating headlines and capturing the world's attention. But the operating costs for trying to construct an Islamic caliphate, as you might imagine, are astronomical. Although it admits that the numbers are hard to peg, the U.S. Treasury Department estimates that ISIS pulls in $1 million per day. So where is this money coming from, and what are they funneling it toward?

But ISIS is different — it does most of its funding within its own territories. Matthew Levitt, the director of the Stein Program on Counterterrorism and Intelligence at the Washington Institute for Near East Policy, told CNN that ISIS' success is built on a long history of geographic control.

We shouldn't be surprised. Remember, the Islamic State called ISIS is what used to be called the Islamic State of Iraq, and al Qaeda in Iraq, the Tawhid Network, the Zarqawi Network; it's all the same. And they were always primarily financed through domestic criminal activity within the borders of Iraq.

By largely cutting out outside donors, the group has built in a safeguard against intervention. The evolving group has placed itself outside of the clutches of U.S. intervention that once successfully stemmed cash flow to terrorist groups. Effectively, the group has set up its own powerful war economy within ISIS-controlled areas that is financing its goal of reconstructing a 7th century caliphate.

ISIS began profiting from the oil-rich areas of northern Syria when it overthrew wells and refineries, taking the cheap, crude oil and selling it back to the Syrian government. They gained further control as they expanded into Iraq, taking advantage of the profitable northern areas of the country and smuggling crude through southern Turkey, where at $7.50 a gallon in parts of the country, cheap oil is a commodity.

U.S. airstrikes have targeted ISIS-controlled oil refineries in order to cut off funding for the group, but oil is only a part of the equation.

Some shopkeepers called it "taxation." But from outside of areas that have been plagued for years by ISIS' cash grabs, it looks a lot like extortion. Several business owners in Mosul, an ISIS-controlled city in northern Iraq, have corroborated reports that ISIS collects is own fees from small businesses.

With the U.S. Treasury cracking down on foreign donations to its first iteration, the Islamic State of Iraq, the group responded by taking involuntary donation from people within its country's borders.

Now that it is financially solvent, ISIS is taking military risks that are only adding to its cash flow. When ISIS seized Mosul, they looted what the Iraqi governor of the Nineveh Province said was over $400 million from a bank. As ISIS sets its sights on other cities, the stakes far surpass the petty crimes that the group used to fund itself in the beginning. Now, they're dealing with bigger stakes and bigger rewards.