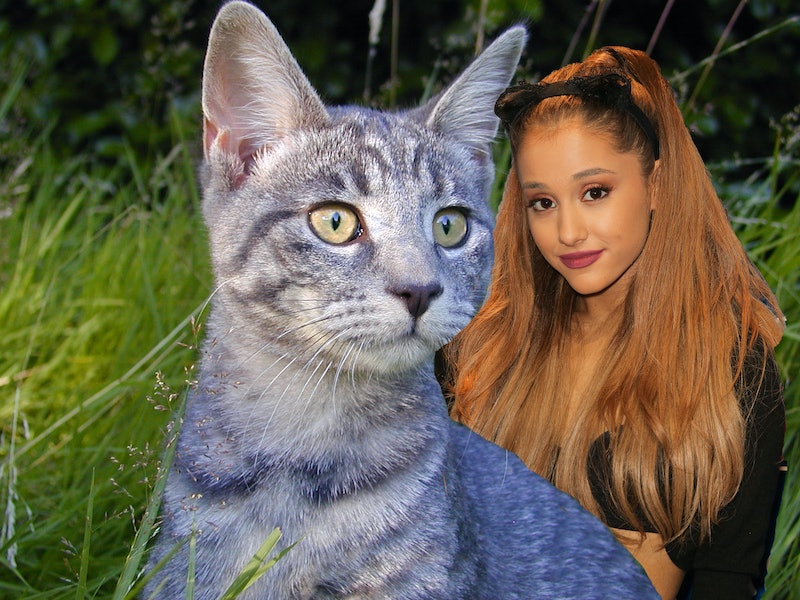 Ariana Grande: pint sized singer/sometimes-actress with an affinity for high ponytails. Cats: the best animals on the planet. If you are an uneducated human being, you might say that these two topics of study are completely unrelated, aside from both being incredibly important to pop culture at the moment (and probably for forever). Oh, how wrong you'd be. And the cat ears Ariana Grande wears even when it isn't Halloween season are just the start of how these two cultural icons overlap.

Both, of course, are incredibly polarizing. Some call Ariana Grande the biggest pop star of our generation, while others find her breathy voice annoying and just want her to change her hair up every so often like come on the ponytail is cute but you're an adult now. You either agree with me on the second sentence to this article (cats are da best) or you are wrong.

Other similarities? You can never really tell what either are thinking; their expressions remain vaguely the same in all photos. Their hair/fur is usually very shiny. They both like sparkly things. Actually, you know what? Let me just lay it all out for you in this handy, dandy Bustle Venn.

Personally, I would be so down with a world ruled by cats and Ariana Grande, though.