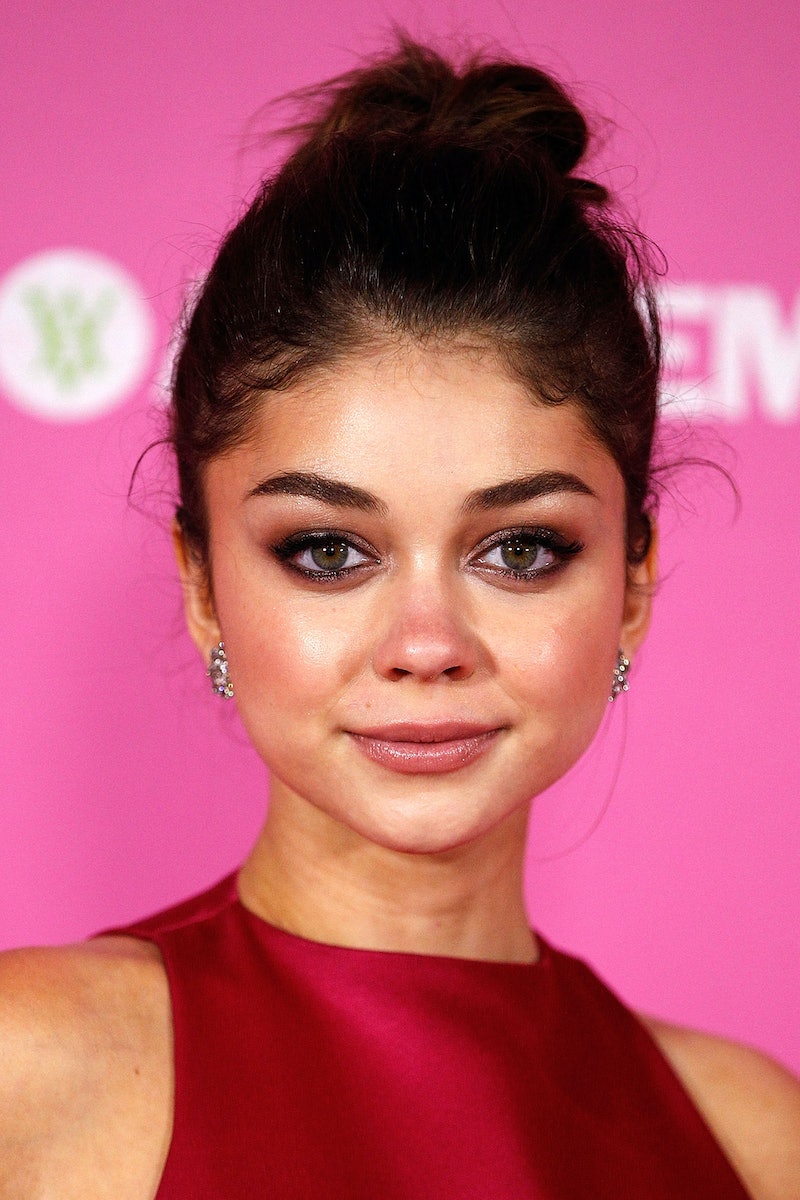 Modern Family's Sarah Hyland has just received the news she's been waiting for. On Tuesday, Hyland was granted the permanent restraining order she requested against her ex-boyfriend, Matt Prokop, because of a frightening and disheartening ordeal involving his abusive actions towards her. E! Online revealed some of the court documents, and judging by what Hyland divulged, the restraining order was most direly needed.

The nature of the abuse is truly unnerving. Hyland said the actor, "Relentlessly bombarded me with vile, threatening and emotionally disturbing texts and voicemails including his own suicide threats." He is also said to have held her against a car during an argument in May, choked her, and called her the c-word. Hyland is quoted in court documents as saying, "His grip was so tight that I could not breathe or speak. I was scared and in fear for my life."

With the restraining order in place, Hyland is offered a certain amount of protection from her ex-boyfriend. According to E!,

Hyland's proven her steadfast resiliency, even while waiting for the judge's decision. She's been vocal and vivacious on social media as of late, and recently made a red carpet appearance. Hopefully, the judge's granting of the order will make the situation just a little less distressing for her, if possible.