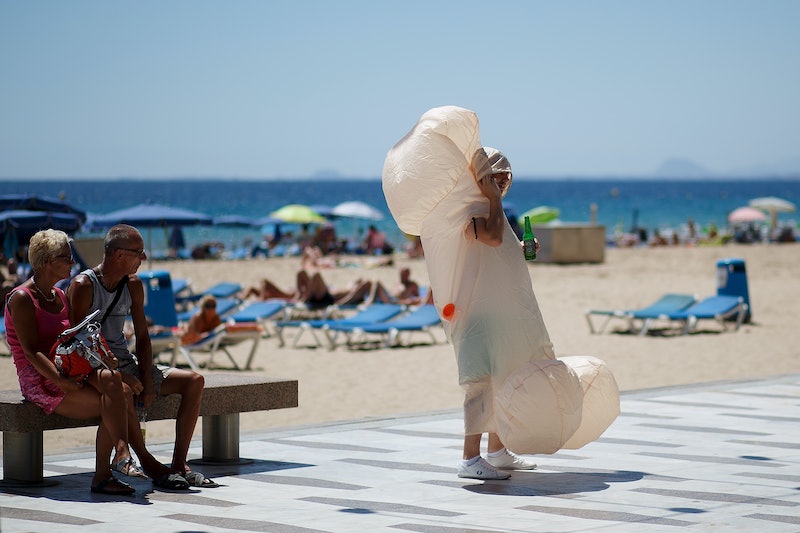 Alright, everybody, get it together. Let's be mature adults here. Are you ready? OK, well here's the news: North Carolina researchers say that lab-grown penises will soon be ready for human testing.

I know, I know. Now stop giggling like a five-year-old, because this actually a huge medical advancement that could help men who have suffered traumatic injuries or aggressive cancers. The researchers at the Institute for Regenerative Medicine at Wake Forest University School of Medicine are currently testing the organs for safety, function, and durability, and hope to receive approval for human testing in the next five years.

The team has already successfully engineered lab-grown penises for rabbits in 2008. Professor Anthony Atala, director of the institute, told The Guardian that although the experiments on rabbits were successful, there is still work to do before they move them to human subjects.

The rabbit studies were very encouraging, but to get approval for humans we need all the safety and quality assurance data, we need to show that the materials aren't toxic, and we have to spell out the manufacturing process, step by step.

STOP IT. Seriously, science, you are testing the limits of my maturity. Rabbits — really? Did it have to be rabbits?!

OK, whew. I think I've contained myself. So. To reconstruct the penis for humans, cells would be taken from the patient's existing penis to keep the body rejecting the organ. Unfortunately, this means that the lab-grown penises can't be used for people wanting to transition from woman to man. After scientists take the cells, they grow them in a culture for four to six weeks and mold them around a collagen-mold penis. Atala and his team are also working on a project to treat erectile disfunction by replacing certain parts of the penis.

This will greatly advance the options for men with penis abnormalities. According to Atala, the only options for are taking skin from the forearm or thigh for possible cosmetic reconstruction. This is the same team that has successfully transplanted a urethra, bladder, and vagina in the 1990s.

Now that we've acknowledged how important this is for science as a whole, can we please just talk about how you would explain this job at a bar? Is there an official title? Is that official title penis researcher? I have so many non-scientific questions.