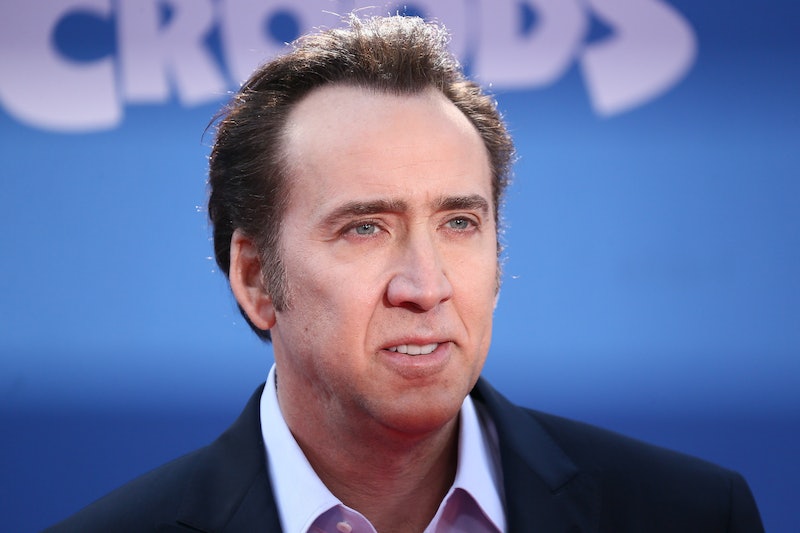 Nicolas Cage has been around the Hollywood scene for a long, long while and for a great big chunk of that while, the movie-going public's been able to sense that there was something a bit ... off about him. Like maybe you've seen him roaming your streets at night rummaging through your neighbor's trashcans, or like maybe he's an immortal vampire who's been travelling the world since the mid-19th Century.

Mexican Emperor Maximilian I of Mexico: A simple Viennan man bent on reviving the Mexican monarchy? Or future star of such hits as National Treasure 2 and Moonstruck? According to the hivemind over at Reddit, he might be both.

The revelation that Cage seems to resemble a lot of people who supposedly died a very long time ago is not a new one. When a picture started circulating a few years back of a Civil War era man who bore a striking resemblance to the actor, the hulaballoo was so bad that Cage had to go on The Late Show With David Letterman to deny the rumor that he might be a vampire. Combine that appearance with the fact that the Emperor and the Civil War guy seem to come from the same time period, and you've either got a vampire theory debunked or a hell of a conspiracy theory. Maybe Emperor Max snuck away from his duties every once in a while to go hang in Civil War America and pose for photos?

Regardless of Cage's claims, though, you've got to admit: Maximilian up there's got a pretty rocking beard. If I were Cage I wouldn't be too hasty to deny the connection.

Check out his killer beard: