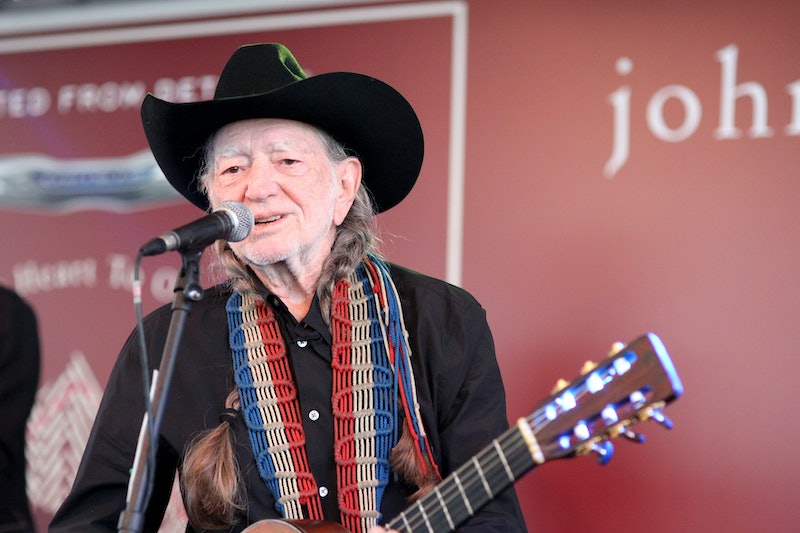 Forget Klondike bars: what would you do to acquire a lock of your favorite musician's hair? If the answer is "spend $37,000," then you and a (probably very wealthy) music fan have something in common. According to the New York Times Artsbeat blog, a pair of Willie Nelson's braids were auctioned off for $37,000. Yes, you read that right.

New York-based auction house Guernsey's hosted a bidding sesh at the Musical Instrument Museum in Phoenix, where they auctioned off over 2,000 items once owned by country singer Waylon Jennings. One of those items just happened to be a pair of braids cut from Willie Nelson's head back in 1983. For $37,000. Did I mention that part? Reuters has the story behind the hair:

The braids were cut in the 1980s when Nelson's hair was still red and were the most talked-about item in the Arizona auction of items owned by the late Waylon Jennings, Nelson's cohort in the "outlaw country" music movement of the 1970s. Jennings was given Nelson's braids at a 1983 party thrown by Johnny Cash and June Carter Cash in Jennings' honor to celebrate his sobriety. The identity of the buyer was not disclosed.

Seems like an interesting use of such a large some of money. Why not, I don't know, put that toward a house or college tuition or something? I suppose if you have that kind of cash to burn, it might be cool to own some old hair that used to be attached to Willie Nelson's head. Maybe someday I'll spend thousands on a cigarette butt that Conor Oberst tossed into the grass outside a concert venue. But, like, probably not.

I don't get the appeal of owning a piece of someone's hair, even if that someone is a music legend. It's sort of... stalker-y? And there's nothing you can really do with it, besides keep it in a box and freak people out when they come over by being all, "Want to see something cool?" and then whipping out Willie Nelson's braids and sending your guests screaming into the night.

Come to think of it... that would be an excellent Halloween trick. OK, I'm in.