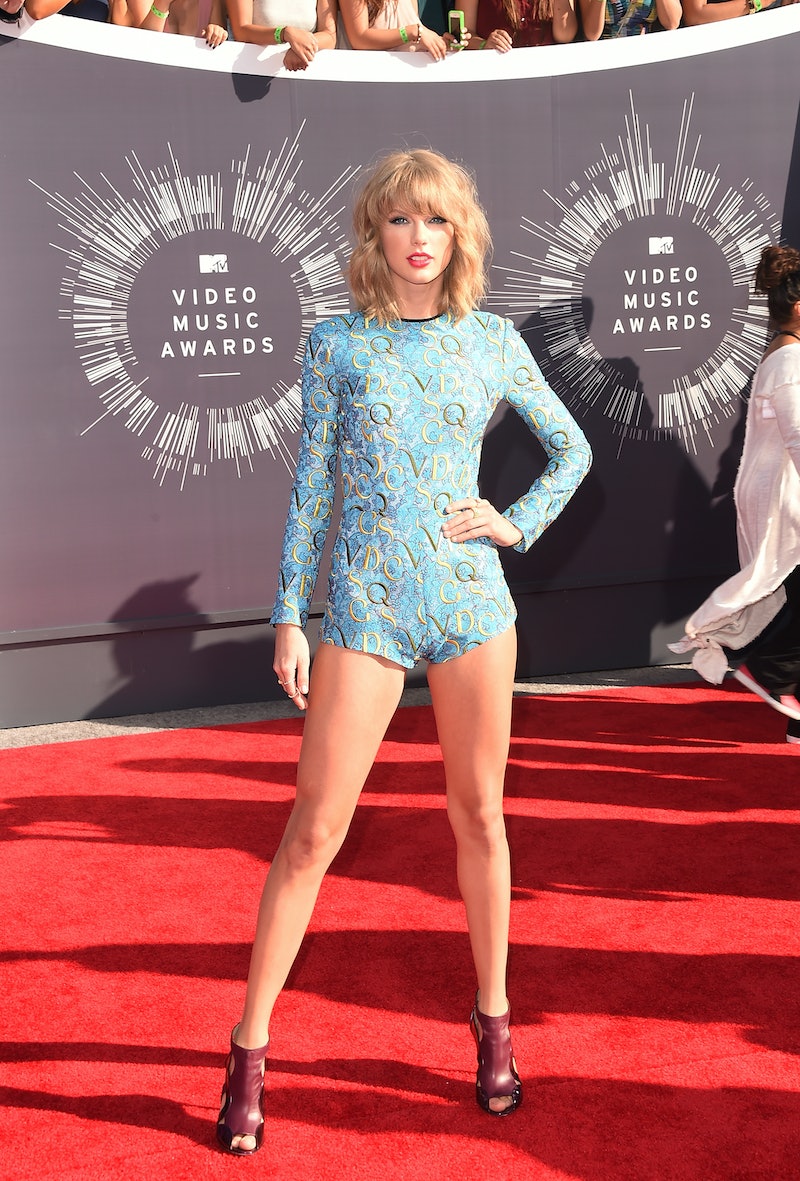 It has finally happened! I am totally on Team Swift and I don't care who knows about it. I'm going to shout it from the rooftops and write epic poems about it... or maybe I'll just stop rolling my eyes whenever her songs come on in public and I'm expected to not like them. Taylor Swift's songs are damn catchy, her great attitude is even catchier, and I am finally ready to admit that she has become one of my favorite celebrities. In an article in the 40th anniversary issue of People magazine, Swift said she is "defining her life on her own terms" and I am all on board for this.

My relationship with Swift has been very one-sided and tumultuous. One-sided because she has no idea I exist and didn't invite me to any of her 1989 secret listening session house parties; tumultuous because I've gone from hating her serial dating existence and claiming that her songs were annoying to giving in to the fact that they weren't so bad and neither was she. What I really think was happening is that I was growing up along with Swift and was figuring out what I thought was important about life, love, and feminism right along with her.

I used to hate how she dated basically everyone and their mom, was broken up with, and then wrote an album about it. While that is basically her formula to success, I didn't like her for it. I thought she was cashing in on something we all expected of her. Swift's new boyfriends became a punchline and seeing her and [insert Jake Gyllenhaal, Joe Jonas, Harry Styles, etc. here] became an excuse to laugh, think about how they would crash and burn, and wonder what song on the new album would be about this latest fling.

I made the decision to spend time on my own and figure out who I am ... When you take the other person out of the scenario and you're walking through life on your own, you end up figuring out what you actually like without anyone else's input.

I read that this morning and realized that while I totally agree with her and think it's amazing that she's taking time to figure herself out, I never should have thought of her as less of a person when she was dating around and seeing what worked for her. I used to have this idea in my head five or six years ago that her self-worth was tied up in the men she was dating and I thought she was making a fool out of herself. I now know that it's way more complicated than that. Your worth as a person doesn't have anything to do with your love life or your body and how you use it. I was wrong. I grew up. And as I changed, it looked like Swift was changing too.

In an August interview in The Guardian, Swift said something that really connected with how I've come to terms with my feminism and how teenagers today are learning what it means as more celebrities are bringing women's equality to everyone's attention:

As a teenager, I didn’t understand that saying you’re a feminist is just saying that you hope women and men will have equal rights and equal opportunities ... And now, I think a lot of girls have had a feminist awakening because they understand what the word means. For so long it’s been made to seem like something where you’d picket against the opposite sex, whereas it’s not about that at all.

The 24-year-old is also doing really awesome things lately like calling out the fakeness of celebrity culture and supporting Emma Watson's #HeForShe campaign. Not to mention she's got some of the greatest street style in the game. I have to hand it to her, she's finally made a Swiftie out of me.